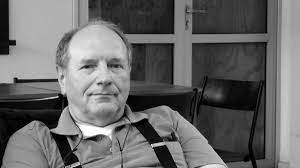 Any computer scientist should be able to see that cryptocurrencies are totally dysfunctional payment systems and that “blockchain technology” (including “smart contracts”) is a technological fraud.

Stolfi has shared several posts about bitcoin that have made headlines in recent days. He reinforced his opinion that Bitcoin has absolutely no value other than its use in illegal activities.

Who is Jorge Stolfi?

Jorge Stolfi is a linguist and professor of computer science at the University of Campinas in Brazil. He was a student of Leonidas John Guibas at Stanford University and has worked in the area of algorithmic geometry. His recent work includes a study of the Voynich manuscript and open source software for finite state translators used in automatic language processing.

All negative about bitcoin

Stolfi has embarked on a long campaign of discussion against Bitcoin supporters over the past few days, with hundreds of negative points about Bitcoin. He discusses his distrust of the king of cryptocurrencies with people from all over the world. Initially, he made headlines by saying that Bitcoin “will take millions of lives,” now he has said that Bitcoin is the “biggest joke that ever passed for money.”

He spends much of his time on Twitter arguing with people who defend the crypto-currency, even posting a message on his profile comparing Bitcoin to Bernard Madoff’s Ponzi scheme.

Any computer scientist should be able to see that cryptocurrencies are totally dysfunctional payment systems and that “blockchain technology” (including “smart contracts”) is a technological fraud. Could they please say that out loud?

Stolfi also said that he doesn’t trust Bitcoin miners at all, as they could be bribed to “manipulate the blockchain.

Let’s say you ask a group of miners with 70% of the hashrate to undo a transaction confirmed three days ago in exchange for $100 million. Such a transaction would result in the miners losing $75 million in value already earned. So such a manipulation would be profitable.

Why does Jorge think Bitcoin is a pyramid scheme?

Bitcoin is used as an intermediary medium essentially used only for illegal transactions because there is no other use for it. It is a terrible store of value, because its price has changed by 10% in a few minutes. Eighty percent in a few months and there’s nothing to stop it from going to zero tomorrow.

In a video call with EL PAÍS from Campinas, Stolfi explained why the IT community believes that bitcoin works as a pyramid scheme and the reasons why it could collapse.

Indeed, this professor sent a letter to the U.S. Congress about the risks of blind trust in cryptocurrencies. The letter entitled : Letter in Support of Responsible Fintech Policy, is signed by 1,500 experts including Bruce Schneier, a senior lecturer at Harvard, and Kelsey Hightower, a senior engineer at Google Cloud.

Here are some of Jorge’s pertinent questions and answers from the video call:

Question : If you say bitcoin is garbage. It may be garbage, but billions of dollars are invested in crypto.

Response :  Yes, and that’s why people felt guilty enough to sign the letter. For example, one of the signatories is a professor at Berkeley. In his department, there is another professor who has a blockchain company. I don’t know how internal university politics work, but it’s common for professors not to speak publicly about what other colleagues are doing, even when it’s something really bad.

Q. But the other guy might think blockchain is useful.

R. Well, he has a business. I don’t know if he believes in it, but he makes money. That’s a problem. There are hundreds of startups doing blockchain. They’re all making money, that’s their time. For the people involved in these projects, it’s money. It’s motivation to believe in the technology. These pyramid schemes collapse when there are no more suckers to fool.

Q. Where is the profit from an investment in bitcoin supposed to come from?

R. The only way to get money out of Bitcoin is to sell it to someone else. When you do this, someone agrees to buy your Bitcoin, for example, for an additional $2,000. If you buy from or sell to another investor, it doesn’t change the total amount of money involved: you get the money they invested. But if you buy from a minor, the money leaves the system. You can calculate the money that went out: about $20 billion. That’s the difference between what investors put in and what they took out. That’s the size of the losses.

Q. That’s why you say bitcoin won’t exist in 20 years.

R. I wouldn’t dare predict when the pool of suckers will run out. I couldn’t put a date on when it will end, but it will. It can’t last forever, because it depends on more people putting in money than taking it out. That will never change.

Q. In the original tweet, you say two things. First, that cryptocurrencies are not good for payment. Why is that?

R. They have nothing to do with payment systems like credit cards or Paypal. Bitcoin has a limit of four transactions per second. Visa does 10,000 per second. Bitcoin doesn’t do 400,000 in a day and there are 4 million people using it: that’s one payment per user every 10 days. It cannot be a large commercial payment.

But Blockchain brings something?

Q. And secondly: blockchain is a technological fraud?

R. Because it promises to do something it can’t actually do, and even if it could, it’s not something useful for building real systems. It promises a decentralized database to which multiple organizations can contribute in a tamper-proof way: you can’t delete or modify, you can only add. But this has always been used.

A large bank or a critical system should have such a database for various reasons: if the system goes down, you have to go back and see what happened, for example. People have known how to do distributed databases for years.

Q. What about decentralization?

R. That’s the one thing blockchain could bring: the absence of a central authority. But that only creates problems. Because to have a decentralized database, you have to pay a very high price. You have to make sure that all miners make a “proof of work” or “proof of participation.”

This takes more time. It is also not very secure, as there have been times in the past when they have to rewind several hours to remove bad transactions, in 2010 and 2013. The conditions that allowed the rewind are still there. There is a small group of networks that can be called upon to rectify. That’s why it’s a fraud: it promises to do something that people already know how to do.

Q. But it allows you to avoid a government or a central bank?

R. Bitcoin has six networks that control 80% of the mining power. So they can control what goes into the blocks. This is not what Satoshi [the creator of bitcoin] had imagined, that the power would be shared among hundreds of thousands of anonymous, independent miners, so they couldn’t get along.

There is a more nuanced way to look at it, especially when you step back and take a broader view.

Is bitcoin a Ponzi scheme? If we stick to Jorge Stolfi’s premise, it seems to depend on whether bitcoin is something to “invest” in or not, and from what perspective. Given that bitcoin miners also have operating costs, it is qualitatively different from a Madoff-style redistributive Ponzi scheme.

The debate will certainly continue.