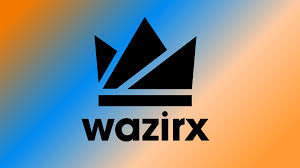 Enforcement Directorate ED has unfrozen the bank accounts of local exchange WazirX. The exchange’s bank accounts were frozen as part of the agency’s anti-money laundering investigation in August.

Indeed, the accounts were frozen as part of the federal agency’s investigation of 16 financial technology companies and instant lending apps.

After a thorough internal review, WazirX observed that the majority of users whose information was sought by ED were already determined to be suspicious by WazirX internally and were blocked in 2020-2021, the statement said.

It was in early August 2022 that ED froze its assets worth Rs 64.67 crore. In doing so, it accused WazirX of helping instant lending platforms launder money through crypto asset transactions.

WazirX quickly issued a statement afterwards, saying that the exchange was complying with authorities and responding to all queries. It added that it remains dedicated to a policy of non-tolerance towards any illegal activity using the exchange.

In its statement, WazirX informed the neighborhood that the ED had investigated 16 financial technology and instant loan companies. Some of them had actually used its exchange for their operations.

In its statement, the ED said that a large number of Chinese companies could not obtain licenses to run their commercial lending operations in India. These companies were involved in memorandums of understanding with Indian exchanges to operate in the country.

The ED also said that WazirX members were giving inconsistent and unclear answers to evade scrutiny that triggered the authorities’ action.

Thus, the decision to unblock comes after the exchange cooperated with the investigation. In addition to actively cooperating with authorities, WazirX said that the anti-money laundering (AML) measures that led to the blocking of these suspicious accounts helped the ED to unblock the accounts. The announcement concluded that WazirX will now be “able to continue banking as usual.”

In the wake of Wazirx , the ED froze $46 million worth of crypto and banking assets of Vauld, a crypto platform backed by Peter Thiel. In August, the agency searched the crypto-exchange Coinswitch Kuber. However, the exchange’s CEO said it was not linked to any money laundering investigations.