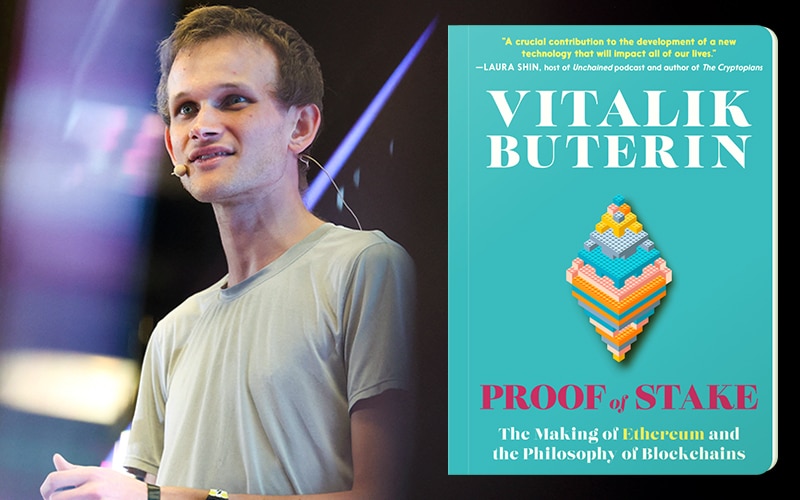 Recently, Ethereum co-founder Vitalik Buterin announced that he will publish a book that is titled Proof of Stake. Vitalik Buterin is known as a computer scientist and co-founder of Ethereum (ETH). But as a writer, he’s brand new and his book promises many surprises.

Plus, a digital copy of the book is already available on Gitcoin. The news comes as the crypto community eagerly awaits the merge. It is the transition of Ethereum from proof of work to proof of participation.

According to the executive, the book is scheduled for release on September 27. Therefore, it will be released two weeks after the scheduled date of the Ethereum merger. Proof of Stake: The making of Ethereum and the Philosophy of Blockchain is a compilation of Buterin’s writings on the creation of Ethereum over the years. The co-founder’s writings were collected from his essays before and during the rise of Ethereum.

Currently, ETH is the second largest cryptocurrency by market capitalization. Ethereum’s migration to Proof-of-Stake is one of the most anticipated events in the cryptosphere this year.

While this book promises a lot of valuable information, its flagship feature is that the proceeds will primarily be dedicated to supporting public goods.

Nathan Schneider is the publisher of the book, while Seven Stories will handle its publication. Vitalik has pledged to donate his share of book sales to public goods via Gitcoin Grants. In addition, readers can obtain signed digital copies and NFTs on the Gitcoin platform. Buyers can also pledge a donation, with 90 percent going to the corresponding Gitcoin Grants pool and 10 percent going to publisher Seven Stories Press.

Proof of Stake,” the book (physical and digital) compiling various writings I’ve done over the past 10 years, will be released in a month! You can get a signed digital copy and an NFT on Gitcoin. My share of the proceeds goes entirely to the public goods of Gitcoin grants!