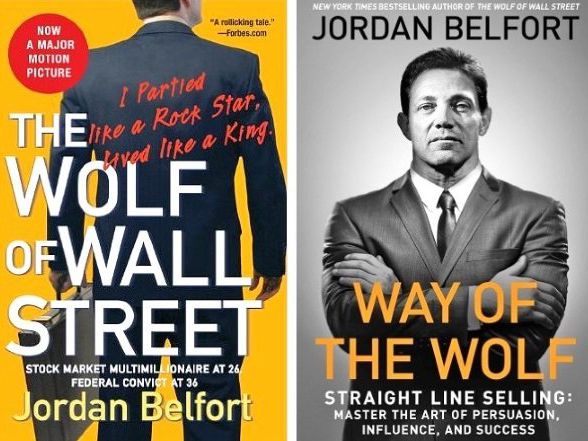 Jordan Belfort, the trader on “The Wolf of Wall Street,” initially thought bitcoin would “disappear forever.” Now he predicts it will soar to $100,000.

Jordan Belfort, also known as The Wolf of Wall Street after his book of the same name was made into a movie, revealed which cryptocurrencies are good long-term investments. While being asked about three coins, the former stockbroker could only point to two, Bitcoin and Ethereum.

In conversation with Yahoo Finance, Belfort also states that he would be surprised if an investor didn’t make money with bitcoin in three to five years because of bitcoin’s fundamentals.

Therefore, Belfort again points out that he was wrong when he said Bitcoin would go to zero. Indeed, Jordan Belfort, the former Wall Street broker whose life inspired the hit movie “The Wolf of Wall Street,” once believed that bitcoin would cease to exist in the financial world.

When it was hitting $19,000 at the end of 2017, I was on a TV show, and I told the audience it was going to crash,” he said. “I was right at the time, but I also thought bitcoin would disappear forever. It was hard to sell and easy to buy, which can encourage manipulation.

He probably changed his mind after studying the largest cryptocurrency on the market.

The former trader thought that the accounts of users who held bitcoins in Switzerland and the Cayman Islands would be seized and the cryptocurrency would eventually disappear.

You will certainly make money or not

Since it is now more accepted by the general public, he now believes it still has plenty of room to grow. “Bitcoin now has a much larger buyer base than ever before,” he said, adding that new investors will continue to drive up its price.

Although Bitcoin still suffers from high short-term volatility.As a result, almost all of its investors believe that BTC has only one destiny: to make new highs with each new bull run.

For Jordan Belfort, a former stockbroker who became famous after being played by Leonardo DiCaprio in the movie The Wolf of Wall Street, the reasons are clear.

I think the problem is that we need to regrade bitcoin and forget about the 12 to 24 month horizon. If everything goes well, in 24 months, you will certainly make money, maybe not, but if you take a time frame of 3, 4 or 5 years, I would be surprised if you don’t make money; says Jordan Belfort.

Justifying his assertion, Belfort points out that. the foundations of Bitcoin are very solid.such as its limited supply of coins, which allows to go against the inflation of currencies such as the dollar.

At some point, there will be enough maturity that bitcoin will start to be treated more like a store of value and less like a stock.

I recommend Ethereum too

Finally, when asked which cryptocurrencies are good long-term investments, Belfort cites only two: Bitcoin and Ethereum.

– If I were a long-term investor in cryptocurrencies, which coin would you recommend?

So while the Wolf of Wall Street has recommended XRP in the past, noting that it could reach $10, the former broker seems to have abandoned it, taking a more conservative stance on his investments.