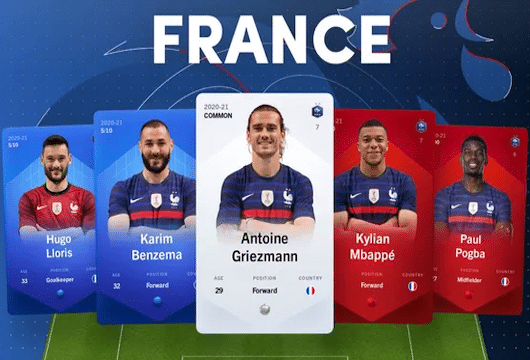 The blockchain game Sorare is enriching its experience with a new partnership involving 11 Ligue 2 clubs from the 2022-2023 season, including Bordeaux, Sochaux, Caen and Guingamp.

Sorare ‘s mission is to connect football fans with their passion

Sorare is thus set to considerably increase the gaming experience for its two million users. As it stands, Sorare, which built its concept on marketing digital cards through the Ethereum cryptocurrency, has agreed to partner with Amiens, Bastia, Bordeaux, Dijon, Caen, Rodez, Guingamp, Valenciennes, Sochaux, Grenoble and Paris FC.

From the 2022-2023 season, the platform users will be able to compose with the cards of the players playing in these partner clubs.

Thibaut Predhomme, director of practice at Sorare, emphasizes that this diversification will allow the most passionate to dig for future champions:

“We are very happy that these L2 clubs decide to partner with Sorare. Sorare’s mission is to connect soccer fans with their passion for the game, and we know that scouting is a very important part of the collector’s experience. With a dozen players from the 2018 World Cup-winning French team starting in L2, it was essential to enable our users to be able to collect these cards.”

In football, the Ligue 2 is obviously a strategic division for the brand since many young talents have made their debut there and a dozen players of the French world champion team in 2018 have started their career there. Sorare has understood this and continues its development step by step.

These launches are part of Sorare’s strategy to develop the attractiveness of the second European divisions. The French leader of fantasy soccer games will have a competition called “Second division Europe”, says the platform in its release.

In addition to League 2, cards of players from other second divisions of soccer can now be lined up during a “Game Week”. This is the case for the German, Spanish, Italian and English leagues.

This new development axis offers Sorare opportunities that will also benefit the partner clubs, as Thibaut Predhomme points out:

When the founders launched this product, they also wanted to help develop new global fanbases for lesser-known clubs and help them develop new sources of revenue in order to invest in youth training, in their equipment, etc.