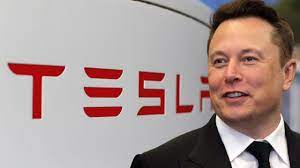 For market analyst Scott Melker, Saylor, Musk and Dorsey may have been wrong about the exact timing of making their respective BTC purchases.

Big entrepreneurs have become faces of bitcoin (BTC) investing for a while now. This is happening in a market that is in frank expansion, such as that of cryptocurrencies (particularly bitcoin), and in which institutional players are growing, both in quantity and in capital invested.

Of this group, three names stand out in particular: Michael Saylor, founder and CEO of MicroStrategy; Elon Musk, founder of Tesla and new owner of Twitter; and the former owner of the social platform who retired to dedicate himself fully to bitcoin, through his firm Block (formerly Square), Jack Dorsey.

For market analyst Scott Melker, the three entrepreneurs may have been wrong about the exact timing of making their respective BTC purchases. However, they would still be (and are) considered geniuses for their approach to the cryptocurrency.

In his most recent newsletter, the analyst also known as The Wolf of All Streets on Twitter, assessed the entrepreneurs’ purchases from the public’s point of view: “one might expect institutions to be near perfect in the timing of their cryptocurrency purchases. After all, they are whales with access to infinite resources.”

But despite that belief, Melker continued, the truth is that last year proved that “not even the major institutions can time a peak or trough [in the price] of bitcoin.” In this regard, he asserted that “CEOs seem to be geniuses when they publicly announce their purchases and prices skyrocket, but they are not immune to the corrective nature of bitcoin.”

The three aforementioned companies have been affected by bitcoin’s negative performance in recent months. However, the companies’ average purchase prices are still below the current one, if we go by bitcoin Treasuries records. In other words, they remain in earnings.

For Melker, thinking about these companies’ bitcoin investments from a short-term or timing standpoint is “an incredibly dumb way to look at trading and investing.”

Saylor wasn’t trying to time the fund, he was simply adding to his stack as his resources allowed. That’s a good investment strategy: dollar-cost averaging on a large scale, even if you’re forced to average upward : said Melker

The specialist prefers to look at things from a more long-term perspective. And in that sense, he believes that “given enough time, these three men and their companies will probably be viewed as geniuses by even their staunchest critics.”

Finally, Melker compared the investments of these great companies to those of anyone else.

As traders and investors, we are no different than the corporations before us: we just operate on a smaller scale, he said.

In this sense, the bulletin states that regretting the timing of entry and not having bought earlier (at a lower price) is a mistake. It all depends on the timing of the investor, whether large or small, it implies. In fact, it is very difficult to predict the price movements of any asset, even for very experienced traders. They too make mistakes.

Things change. Over time, we may have access to more cash, similar to how MicroStrategy sold bonds to raise money, or our conviction may grow, similar to how Square doubled its position after fourth-quarter interest affirmed its thesis on Bitcoin.