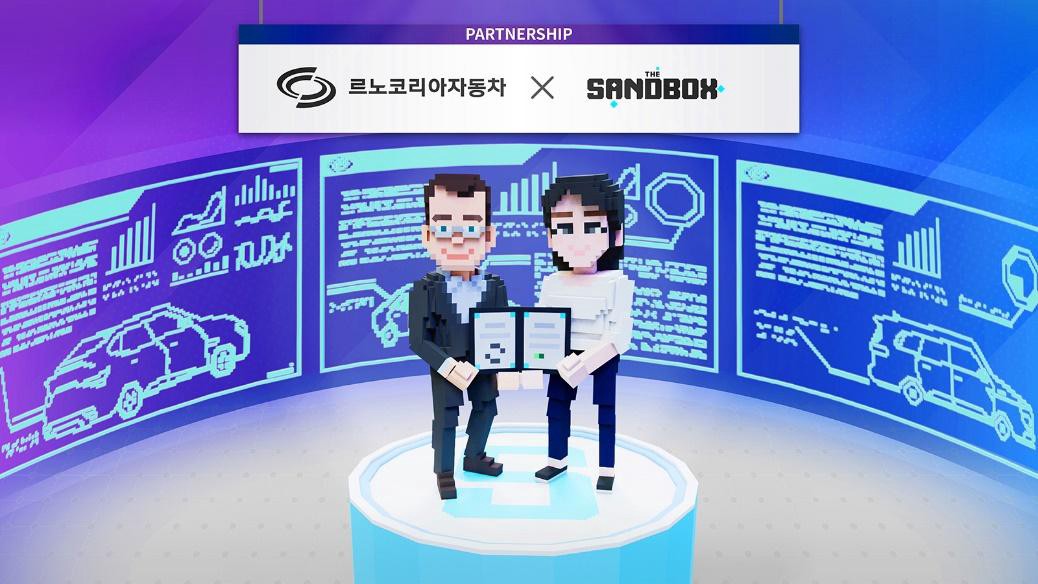 Renault Korea Motors, the South Korean subsidiary of French carmaker Renault SA, announced on Monday that it has signed a memorandum of understanding (MoU) with The Sandbox, a metaverse and non-fungible token (NFT) based gaming platform, to “develop a digital route.”

Discovering vehicles in virtual space with The Sandbox

The Sandbox said the two parties now intend to build a long-term relationship to attract potential users, especially young people who are familiar with the digital world.

The partnership will allow metaverse users to discover vehicles in the virtual space. Renault will also launch marketing campaigns with several brands on The Sandbox platform.

“The partnership would revolve around offering new types of experiences combining automobiles and digital assets in The Sandbox,” said Cindy Lee, CEO of The Sandbox Korea.

Renault joins other automakers such as Ferrari, Mercedes-Benz, the Virtual Porsche and BWM that have made great strides in adapting to Web3 solutions technology by developing and enabling ADAS features in their cars.

Analysts predict that by 2027, nearly 75 percent of all vehicles sold will have built-in blockchain connectivity, so automakers are increasingly turning to these connected experiences to differentiate their offerings, increase market share, and strengthen or enhance their respective brands. A market watch report placed The Sandbox third in the crypto metaverse, with a market cap of $1.39 billion after Decentraland and ApeCon.

So far, The Sandbox also plans to launch a game station that will create 5,000 games by the end of 2023. They have also created in-game jobs that allow people to work virtually.

“The new digital itinerary that our company is preparing is meant to provide consumers with an expanded brand experience and familiarize them with the brand,” said Renault Korea CEO Stephane Deblaise, adding that it will be an itinerary that will develop the brand in a new digital environment.