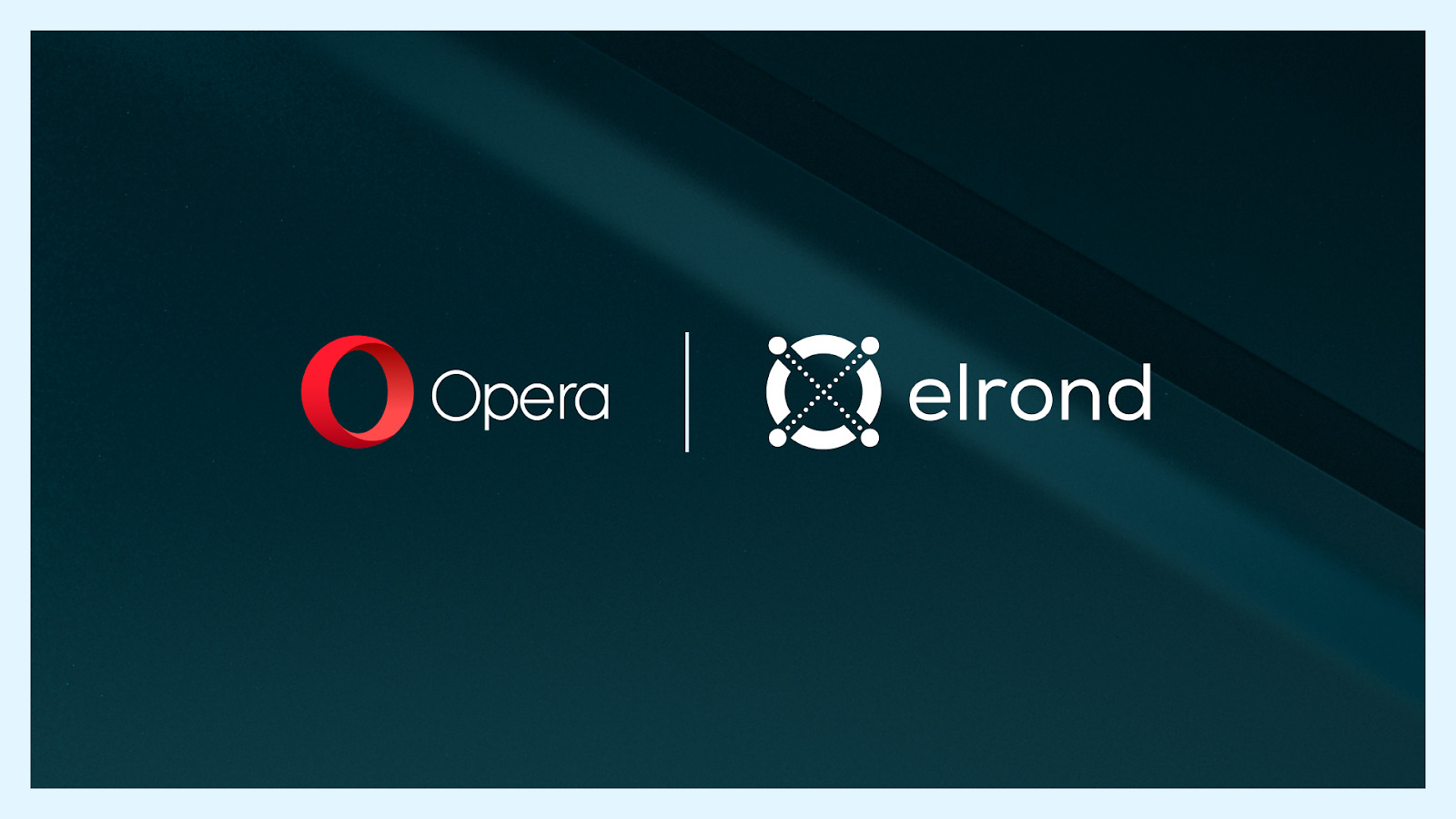 The Elrond blockchain will soon be available on the Opera browser; a partnership to boost Web3 adoption. Convinced of the promising future of Web3, Opera’s 300 million users can now interact with Elrond’s decentralized applications and their tokens. Beniamin Mincu, CEO of Elrond Network said:

Elrond’s new approach to consensus and sharing algorithms allows it to achieve remarkable performance while using the least amount of power possible and without relying too heavily on high-end hardware. We are excited to tap into Opera’s large user base to offer them cheaper and faster transactions and access to Elrond’s growing dApp ecosystem.

Elrond, to meet a need for fast, globalized, and inexpensive transactions

Elrond is a blockchain aimed at creating a global network of transactions without intermediaries. This blockchain is also similar to Ethereum as it allows its users to create decentralized applications and interact with Smart Contracts. Elrond focuses its efficiency on its scalability and low transaction costs. EGLD (eGold) is the native token of the Elrond project.

Launched in July 2020, the project focuses on accessibility, transaction speed and user experience. Elrond employs an innovative sharding technology (Adaptive State Sharding) as well as a so-called secure-proof-of-stake (sPoS) consensus. Currently, nearly 15,000 transactions per second can be processed on Elrond. In addition, the sPoS protocol provides an increased level of security that mitigates the risk factors of cyber-attacks to which other types of consensus are more exposed.

In short, the mission of the elrond blockchain is to meet a need for fast, globalized, and inexpensive transactions. To accomplish this, the blockchain has no shortage of collaborators to accelerate the adoption of cryptocurrencies and Web3.

A collaboration with the Opera browser

Opera is among the most important Web3-oriented browsers. It has always been very important cryptographic innovations and currently runs a non-depository wallet service that hosts traditional protocols like Bitcoin (BTC) and Ethereum (ETH) among others.

This week, the company announced the integration of the Elrond blockchain on its platform. Scheduled for late 2022, this will allow hundreds of millions of users to enjoy DApps developed on the blockchain. Indeed, the integration of Elrond within Opera highlights the ecosystem of ESDT tokens (Elrond standard) and decentralized applications (dApps) built around this network.

Opera users will therefore have access to the native EGLD token, as well as to ESDTs from Holoride, Itheum, Utrust and Maiar DEX.

Opera began its Web3 shift several years ago. In 2018, the browser was already offering a beta version of its Crypto Browser. In addition, since last March, nine blockchains have been integrated on the interface. These include the NBB Chain, Ethereum, Polygon, 1inch, and of course the Bitcoin blockchain. These implementations allow users to easily interact with different decentralized finance ecosystems but also with thousands of DApps.

Today, the Web3 ecosystem offered by Opera includes a Crypto Browser, a native multi-chain wallet, a Crypto Corner dedicated to blockchain news as well as an integration of different social networks in order to easily interact with different communities. According to some Opera executives, the company does not intend to stop there and is actively working on the development of its Web3 services.