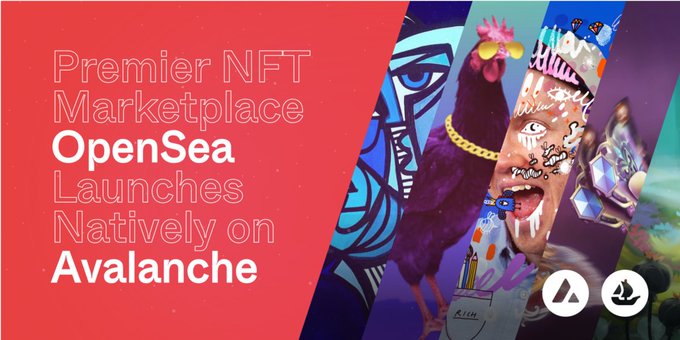 OpenSea has added support for Avalanche, bringing the total number of blockchains supported on the platform to seven. As a result, users can now view, list and trade their Avalanche-based NFTs on OpenSea.

At the end of August, the OpenSea exchange platform, well known for being the one with the most exchange volumes for NFTs announced the integration of the second Polygon layer for its SeaPort protocol. The platform continues its expansion and has opened up to several blockchain networks in recent months.

In fact, on Tuesday on Twitter, OpenSea reported that the Avalanche blockchain was now “live” on its platform.

The Avalanche NFT community has a unique identity and passion for experimenting with both NFT art and applications […] We’re excited to welcome the OpenSea community to Avalanche and expand the reach of Avalanche NFT to new territories,” said Dominic Carbonaro, head of NFT and Arts at Ava Labs, the entity behind Avalanche.