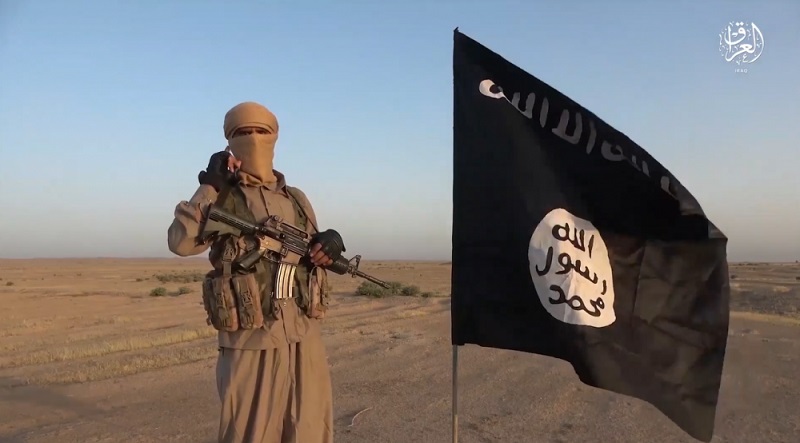 The first known case of a non-fungible token (NFT) created and shared by a “terrorist sympathizer” has been uncovered, raising concerns that the immutable nature of blockchain technology could help spread terrorist messages and propaganda.

Very popular and now present all around us, non-fungible tokens (NFTs) have become a promising booming business. NFTs, like cryptocurrencies, are transactions stored on the blockchain.

But the difference is that an NFT, a “non-fungible token,” is not fungible, unlike cryptocurrencies. One bitcoin will always be equal to another bitcoin. They can be exchanged between them, they all have the same value. The creators of NFT wanted to do exactly the opposite. A transaction stored on the blockchain that is non-fungible, therefore completely unique. The idea is to be able to use it as a certificate of authenticity associated with a digital or physical object.

Non Fungible Tokens have attracted major brands such as Nike or LG. It seems that the terrorist organization Islamic State is also very interested in these digital collectibles. It could allow it to finance and recruit, while escaping censorship thanks to blockchain technology.

A Wall Street Journal article reveals the appearance of the first NFT dedicated to the terrorist organization Islamic State (ISIS).

The first NFT was spotted by Raphael Gluck, co-founder of the American research company Jihadoscope, he discovered the NFT via pro-ISIS social media accounts. Available on the IPFS platform, this NFT is titled IS-NEWS #01, it praises Islamic militants who attacked a Taliban position in Afghanistan.

According to Mario Cosby, a former federal intelligence analyst specializing in blockchain, two other NFTs created by the same user on the same day, August 26, have characteristics of the Islamic State. They are not currently offered for sale, but analysts say the terrorist groups could clearly fund their operations through the sale of NFTs.

The anonymous holder attempted to register NFT IS-NEWS #01 on the OpenSea marketplace, which immediately removed the unfungible token, stating that it has “a zero tolerance policy for listings that incite hate and violence.”

While NFT marketplaces such as OpenSea or Rarible can indeed remove NFTs with unacceptable content, it is impossible for authorities to remove these NFTs embedded in the blockchain.

“There’s really nothing anyone can do to remove that NFT,” said Mario Cosby.

Always looking for new sources of funding, the appearance of these NFTs is a sign that the Islamic State and other terrorist organizations will certainly try to use blockchain technology and NFTs to raise money and recruit.

Regulators and U.S. national security officials have expressed concern that terrorists could exploit new technologies and financial markets, including NFTs.

At this time IS-NEWS #01 does not appear to have been traded, but its existence on the blockchain makes it nearly impossible for the Department of Justice to remove it from the Internet.

This is because an NFT is stored on a blockchain, a database of transactions organized in a way that does not rely on a central authority. Transactions on NFT markets can be done pseudonymously, which adds to the difficulty for authorities to trace them. “There’s really no way to bring this NFT down,” Mario Cosby continues.