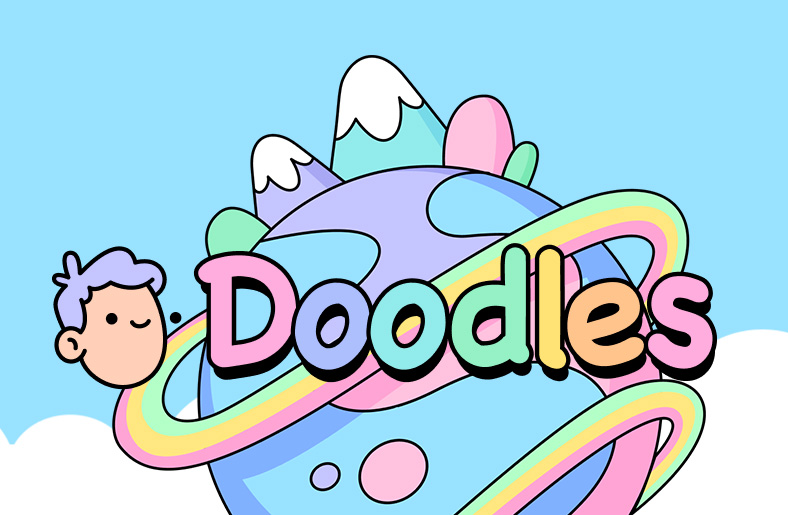 Doodles, an NFT startup behind the popular token collection of the same name, has just closed a $54 million funding round led by Seven Seven Six.

Launched in October 2021, Doodles is a collection developed on the Ethereum blockchain, gathering 10,000 NFTs that resemble fairly simple and colorful characters. All of these NFTs have been randomly generated with a total of 265 strokes, in order to give a unique result for each user.

More than a simple collection of colorful and simplistic designs, the Doodles project shows a great interaction with its community and especially with its most loyal supporters, the Doodles owners, the universe is constantly expanding and looking for new experiences.

On Twitter, the company, which launched the NFT Doodles collection last year, says the funds will be used to recruit engineers, creatives, marketers and senior executives. It also plans to make acquisitions.

NFT Doodles are currently trading at a low price of 8.6 ETH on OpenSea. While the NFT market has cooled down this year, the price of these tokens, still down 10% over 3 months, recorded a strong increase this Tuesday (+18%) .

In the future, Doodles wants to focus on 2 very promising segments in the NFT ecosystem: music and games. The startup has appointed Pharrell Williams as brand manager this summer. According to Julian Holguin, its CEO, music NFTs are a way to introduce people to Web3.

We want to create products for our collector base, but at the same time use great forms of marketing like music, to bring new people into Web3 and the Doodles ecosystem,” he explained.

The release of its first project in this area is expected by March 2023. The company didn’t reveal many details, other than that it’s a collaboration with record label Columbia Records.

Earlier this year, Yuga Labs, the creator of the invaluable Bored Ape Yacht Club, raised a whopping $450 million at a valuation of $4 billion.