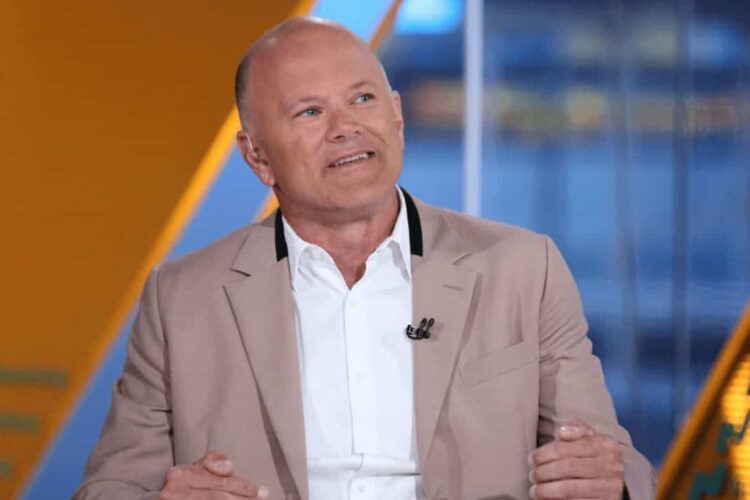 The CEO of Galaxy Digital – Mike Novogratz – thinks it is unlikely for bitcoin to push beyond the $30,000 price tag soon. He expects its valuation to hover between $20K and $30K for a while, which could be a good opportunity for investors to increase their exposure.

Bitcoin has been trading below $30,000 for nearly two months now. At one point in June, it even dropped to $17,500, infusing panic and uncertainty in the crypto space. In the past few weeks, though, the asset managed to stabilize itself above the $20K level and currently sits above $23K.

Mike Novogratz – top executive of Galaxy Digital and an outspoken supporter of the digital asset industry – is not so optimistic regarding bitcoin’s price in the short term. In a recent interview, he said investors should be grateful if the asset does not drop below $20,000.

The billionaire explained his thesis with the lack of institutional flows into the industry. He thinks the current situation couldn’t be compared to the “mania” in 2021 and 2017 when numerous corporations and prominent companies entered crypto’s ecosystem.

Such example was the electric vehicle giant – Tesla – which bought $1.5 billion worth of bitcoin in February last year. However, several weeks ago, the firm cashed out $936 million of its stash.

Subsequently, Novogratz gave his two cents on Ethereum and its possible development after switching to Proof-of-Stake. The Merge should give the protocol a significant push and boost Ether’s price above $2,200, he noted.

Two months ago, Novogratz displayed a rather similar stance, saying the primary cryptocurrency is “here to stay” despite its notorious price swings and unsatisfying current condition. The market, though, needs time to turn bullish and restore confidence among investors.

He further classified BTC, the cryptocurrency sector, and Web3 as “great technologies” and opined that more than 130 million individuals still see the leading digital asset as an appropriate investment tool:

“What happened with lots of great technologies, including Bitcoin, crypto, and Web3, is that prices got ahead of themselves… I don’t think crypto is going away.”