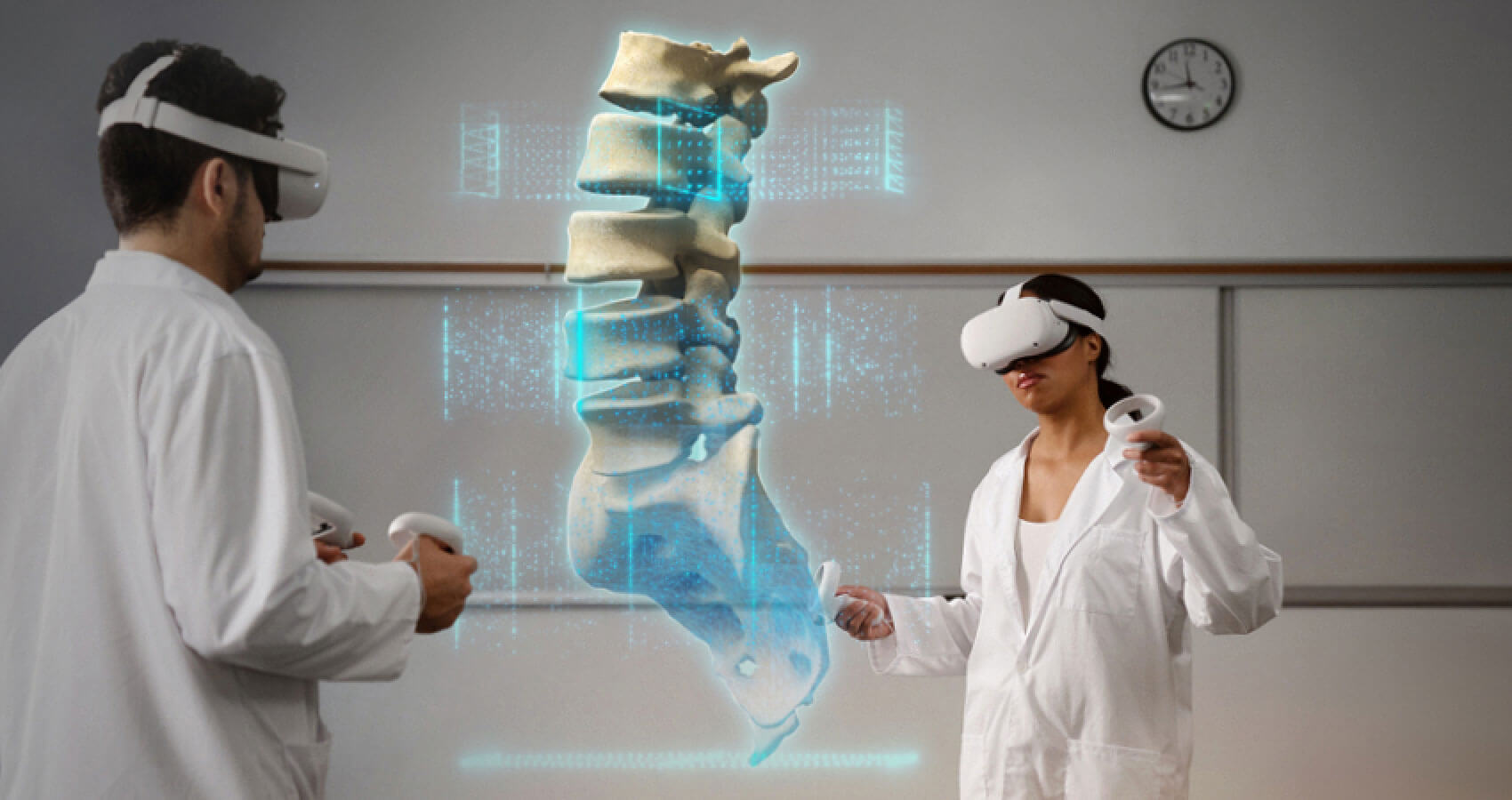 Meta is investing heavily in the Metaverse, a virtual space where people interact, work and play, adding new features to the hardware devices that serve as access points to the virtual world.

In early May, Meta Platforms Inc opened its first physical store where shoppers can try on and buy virtual reality headsets and other gadgets as the company charts a course to follow its highly touted metaverse mainstream. The 1,550-square-foot Meta Store at the company’s Burlingame, California, campus opened May 9 and features demos for its Quest 2 VR headset and Portal ace video calling device as well as Ray-Ban’s augmented reality (AR) glasses.

Meta is donating its Meta Quest headsets to these organizations

The company is continuing its journey into the metaverse, this time opening 10 virtual campuses as part of its Immersive Learning project, which aims to take education into virtual reality environments. In partnership with Victoryxr, an Iowa-based virtual reality education startup, Meta will invest $150 million in the initiative.

According to the release:

In the 1990s, the revolution was beginning, and information was now available on the Internet from a desktop computer. More recently, mobile devices have allowed us to fit the world in our pocket and access Internet research at any time. The next step is the emergence of immersive technologies such as augmented reality (AR) and virtual reality (VR).

Meta added that the pandemic has resulted in an accelerated evolution of learning around the world, with the adoption of e-learning skyrocketing.

The Immersive Learning project thus combines online and in-person training. Using a virtual reality headset or a PC, trainees will enter their particular “metacampus” with other trainees and their instructor. There, they will have the opportunity to participate in classroom experiences such as immersing themselves in human anatomy, history excursions through a time machine or astronomy on a spaceship.

Similar to the real world, students will be able to break into small groups and work together on tasks, regardless of their physical distance,” Grubbs said, “However, unlike the real world, they will have the ability to shrink to Ant-man size and trip the body. It’s no surprise that student retention is so much higher.

One campus is the University of Maryland Global Campus (UMGC), which is an online university. The university’s more than 45,000 students will now be able to gather in an online metaverse to meet and share experiences.

We’ve never had a campus before, and now we have our first.

As part of the plan, the university will offer five courses on the metaverse campus at no additional cost over non-immersive courses.

The list of participating colleges and universities includes one veteran school and nine new metaverses:

But this is still just a pilot. All of the universities involved have said they will loan the VR headset to students. Students would not be required to pay extra for using the headsets.

It is Meta that is donating its Meta Quest headsets to these organizations so that students can be included in the courses. One of the goals of Meta’s immersive learning project is to increase student access to these technologies by partnering with organizations and universities. Part of Meta’s $150 million investment is being used to provide headsets in partnership with Victoryxr, the company designing the metaverse campuses.

Meta has also helped universities pay for the design and construction of these spaces, which can cost $50,000 for a campus of five to seven buildings. Steve Grubbs, founder of Victoryxr, said:

Education is an exciting use case for the metaverse, and Meta Immersive Learning will help creators around the world learn skills for the metaverse and create immersive experiences for learners.