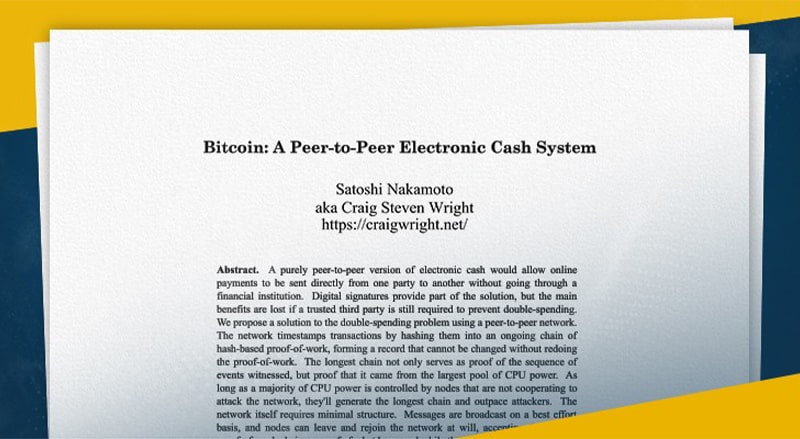 White paper is a document usually intended to explain the origins of a project or the specifics of a technology, it also exists in the world of blockchain and cryptocurrencies. It’s a very important term, you must hear it often if you’ve tried to understand the world of bitcoin.

Its role, in addition to being informative, is to convince users of the seriousness of a project and its potential for growth.

The white paper in cryptocurrencies?

Behind each cryptocurrency, there is one or more creators. This person or individuals have an idea, a vision and an answer to a problem they feel they have identified. In the world of cryptos, white papers are of paramount importance. They have indeed the mission to present the project to all future users. This document is also an essential element of the fundraising offers (ICO= initial coin offering), since it will aim to inform and encourage investors to join the project.

Varying in length (from a few pages to several dozen), white papers are mostly technical and relatively difficult to understand for beginners in cryptocurrencies. Often because they are written by the developers themselves!

For example, the bitcoin whitepaper is entitled: “Bitcoin: a peer-to-peer electronic money system” and is written under the pseudonym of Satoshi Nakamoto.

The bitcoin whitepaper is constructed as a scientific paper with twelve parts. It begins with an introduction explaining the purpose of bitcoin, and each part then takes us deeper into the world of bitcoin. 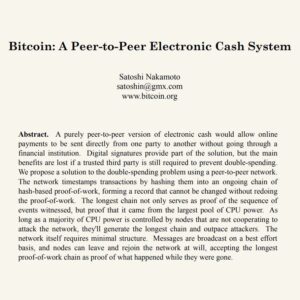 Before Satoshi Nakamoto shared his whitepaper, years of research were probably accomplished. Although the idea of a digital currency is not new, the idea that the monetary system is unreliable was.

Whatever its length, the white paper must convince the reader, especially if it is an investor. The topics covered can be numerous. In any case, they must contain :

A whitepaper is a document that can have several objectives. The bitcoin whitepaper was written to highlight a problem, but more importantly to propose a solution. The whitepapers of new cryptocurrencies and tokens are written more from a marketing perspective.

However, white papers are hardly ever read by crypto-enthusiasts because of their complexity. Are you interested in investing in a particular cryptocurrency? We advise you to always read the whitepaper.

Another less difficult solution is to go to social networks (Twitter, Reddit, Telegram…) and internet forums to read the opinions of those who have read them. Their comments will tell you if the community has confidence in the project.