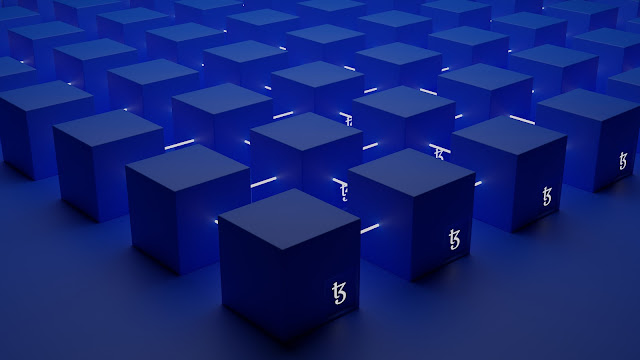 Proof of Work (PoW) and Proof of Stake (PoS) are “consensus mechanisms”, algorithms that allow blockchains to function securely.

Proof-of-stake (PoS) is a method by which a blockchain of a cyber currency aims to reach a distributed consensus. In contrast, Proof of Work (PoW), also known as Proof of Work describes a system that requires computing power from the service requester to access and use it in order to deter malicious use or attacks.

Proof of Work, the original mechanism

The Proof of Work is the original process of blockchains. It is the one on which Bitcoin was created, and still the one on which it operates. PoW is a system in which computers compete to be the first to solve complex puzzles. This process is commonly referred to as “mining,” as the energy and resources required to solve the puzzle are often considered the digital equivalent of the actual process of extracting precious metals from the earth.

When a miner solves this “puzzle” before the other miners, he or she is allowed to create a new block. If everything checks out, the new block is “chained” to the previous block, creating a chronological chain of transactions. The miner is then rewarded with bitcoins (or other cryptos depending on the blockchain) for providing his resources.

In other words, Proof-of-Work (PoW) requires users to run the hash algorithms multiple times by adding a random alphanumeric string to the block data until the overall fingerprint is below a given threshold.

The primary characteristic of this system is the asymmetry of the computational cost: the requester must provide a considerable amount of computing power while the work performed is easily verifiable by the receiver or a third party. In the context of cryptocurrencies, Proof of Work is used to validate transactions and mine new tokens, key tasks that require a high level of security and give a cryptocurrency its value, in whole or in part.
Bitcoin was the first network to widely adopt Proof of Work. Today, a majority of calculations are done through hash functions such as SHA-256, which generates 256-bit strings, and it is the hashrate, the amount of strings generated over a given time, that defines the computing power of processors and graphics cards in mining.

Proof of Stake, the mechanism of the future?

In the PoS system, validators (the equivalent of miners) are chosen to generate a new block based on the number of tokens they hold rather than letting an arbitrary competition between miners determine who can add a block. Those who are chosen get tokens from that blockchain in exchange. There is no question here of requiring complex calculations from machines, so get out of the “bitcoin farms”: those whole sheds full of computers running at full power to do the calculations are useless for PoS-based blockchains.

In this system, the amount of “stake” – the amount of cryptocurrency a user holds – replaces the work done by miners. This stake structure secures the network because a potential participant must purchase the crypto-currency and hold it to be chosen to create a block. Most importantly, you don’t need to have the latest computer equipment to mine! Much to the relief of all those waiting to buy graphics cards at normal prices.

The main advantage of Proof-of-stake is that it avoids the phenomenal energy expenditure of Proof-of-Work. On the other hand, many believe that the blockchain thus forged does not have the same robustness and level of immutability of Bitcoin’s Proof-of-Work. Some research efforts focus on a hybrid Proof-of-Work/Proof-of-Stake mechanism.

Most of the problems and challenges with proof-of-stake are due to a disconnect with the real world, a problem not suffered by proof-of-work, which anchors the system in the real world with the infrastructure it requires and the energy expended.

Peercoin was the first e-currency to use proof of stake. Other implementations have been attempted using different methods including BitShares, ShadowCash, Nxt, BlackCoin, NuShares/NuBits and Qora.
Ethereum has planned a transition from proof of work (PoW) to proof of stake (PoS) in its final deployment. Peercoin and Decred are using a hybrid PoW/PoS method to try to take advantage of both systems and create a more robust consensus.