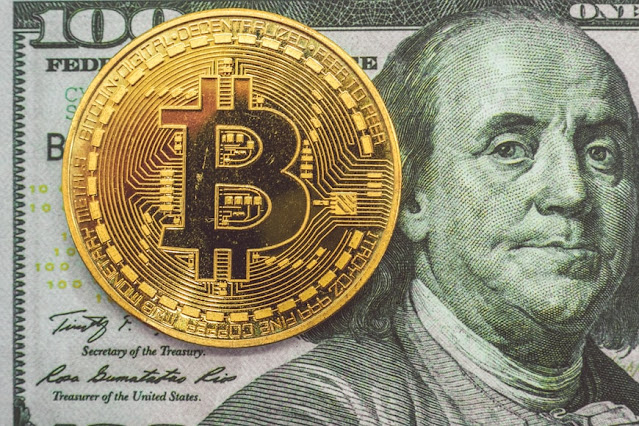 Bitcoin is a digital currency, also known as cryptocurrency, founded in 2008 by Satoshi Nakamoto, which uses blockchain technology to facilitate instant payments.

Etymologically, the word Bitcoin comes from the two words bit and coin;

Bitcoin is an innovative payment network and a new form of unit of value.

It is the very first virtual or cryptocurrency. Being completely virtual, Bitcoins do not exist in a physical form.

These currencies are kept on a public book to which everyone has transparent access.

In other words, Bitcoin is a crypto-active encryption that designates virtual assets stored on an electronic medium that allows a community of users to use it as a means of payment without having to resort to so-called “traditional” currencies such as the euro or the dollar.

These crypto-actives or also called cryptocurrency are neither issued nor guaranteed by banks or governments. However, they can be used to make transactions such as purchasing products and services.

Bitcoin: Why was Bitcoin created?

We remember the financial crisis of 2008 that devastated the world economy; it was called a “krash”, marked by a liquidity crisis and sometimes solvency crises at both the bank and state levels, leading to a scarcity of credit to businesses and the insolvency of many borrowing households.

The crash began with difficulties encountered by low-income American households who found themselves unable to repay the loans they had been granted for the purchase of their homes.

Following this crisis, we can point out that:

In the United States: 9 million homes foreclosed between 2009 and 2012, more than 8 million citizens lost their jobs and about 2.5 million businesses were closed.

Faced with food insecurity and the resulting income inequality, people’s confidence in banks has been severely shaken.

In Europe: Ireland is the first country on the European continent to enter recession. Its GDP fell by 3.5% and its public deficit reached 7.2% of GDP.  In France, there were 800,000 more unemployed. The number of unemployed in the International Labor Office (ILO) rose from less than 2 million to nearly 2.8 million, an increase of 40% between mid-2008 and mid-2014. The unemployment rate rose from 7.3% to 10.2% of the labor force.

In Asia: The crisis has hit most of Southeast Asia and Japan, which has seen the collapse of currencies, a stock market crash and a sharp increase in private debt. Taiwan saw its currency depreciate more than 45 percent against the dollar in the space of three weeks.

This led to the so-called Great Recession, which caused property prices to fall and unemployment to rise sharply.

In other words, the financial crisis has exposed the inherent shortcomings of banks and other financial institutions.

After the financial crisis, people began to desire a new monetary system that would not have the same flaws as those with traditional currencies.

Bitcoin, this cryptographic currency, came into being about two months after the crisis. But who is behind this new form of money?

The identity of the person(s) who created this technology remains a mystery. However, the creator chose a pseudonym: SATOSHI NAKAMOTO

What is needed is an electronic payment system based on cryptographic evidence rather than trust, allowing two consenting parties to deal directly with each other without the need for a trusted third party.

Satoshi could be a group of people and appears for the first time on October 31, 2008 on the P2P Foundation bitcoin.org forum.

A few messages recorded in his name made it possible to continue the search from his personal account. On his profile Nakamoto claimed to be a Japanese man born on April 5, 1975; Nakamoto also mentioned his first research on crypto-money and the design of Bitcoin from 2007.

Bitcoin: How does it work?

Bitcoin is not administered by a single central authority such as a bank, it works in a decentralized way through a set of nodes.

These “nodes” form the network through which all transactions take place.

But how does this work in practice? 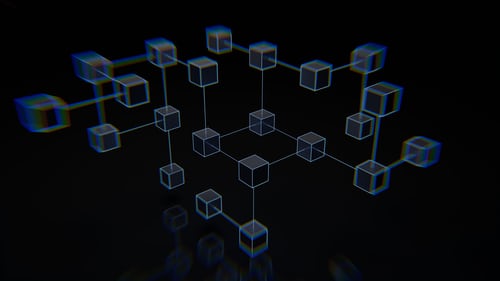 Bitcoin is powered by an open-source code known as blockchain.

The blockchain is a digital, shared, public ledger that supports the entire Bitcoin network. All confirmed transactions are included in the blockchain.

Each transaction is listed in a “block” that is “chained” to the code, creating a permanent record of each transaction. Blockchain technology is at the heart of more than 2,200 crypto-currencies that have followed the development of Bitcoin.

The function of the Bitcoin blockchain is to keep track of the transactions carried out on the network, while being impossible to tamper with.

The Bitcoin blockchain eliminates the need for a central control body to validate transactions (the network nodes act as validators).

The digital ledger is replicated on all the nodes of the Bitcoin network and takes the form of blocks that are linked together using a cryptographic process.

To obtain Bitcoins, people install and use powerful computers to perform calculations.

This is called mining. Simply put, bitcoin mining is the process of creating a new bitcoin by solving a computer puzzle. It is necessary in order to keep the record of transactions on which the bitcoin is based.

Bitcoin mining is performed by specialized computers. Those who do the mining are called miners. It is these miners who provide security and confirm Bitcoin transactions. Without Bitcoin miners, the network would be dysfunctional.

In other words, Bitcoin mining is a distributed consensus system that is used to confirm current transactions by including them in the blockchain.

Mining imposes a chronological order in the blockchain, protects network neutrality, and allows different computers to agree on the status of the system.

To be confirmed, transactions must be written in a block that meets very strict cryptographic rules that will be verified by the network.

These rules prevent previous blocks from being modified, as this would invalidate all subsequent blocks.

This is probably the most important characteristic of Bitcoin and it seems necessary to explain what decentralization is.

“Decentralization is the process of distribution and dispersion of power away from a central authority.”

The advantages of the blockchain include:

One of the ambitions of Blockchain technology when it first appeared in 2008 was to decentralize the international monetary system.

The Blockchain technology records the actions of each individual in a distributed manner over a network and thus enables large-scale coordination without a central “authority” or supervisory body.

In other words, the system operates without a central authority or a single administrator.

It is managed in a decentralized manner thanks to the consensus of all the nodes in the network. However, most of the financial and government systems that currently exist are centralized, which means that only one higher authority is responsible for their management, such as a central bank or state apparatus.

The Blockchain therefore allows decentralization, as it offers each user the opportunity to become one of the many audit processors in the network.

Bitcoin: Where do I put my Bitcoins

In fact, we put our cryptocurrency like Bitcoin in special dedicated wallets; we call them digital wallets or “wallets”. It’s in these wallets that we store information about your crypto reserves translated into code.

This is called a crypto wallet.

A ‘wallet’ or wallet is therefore a secure digital storage process of cryptos. This ‘wallet’ is the equivalent of a bank account. It allows you to receive bitcoins and other tokens, store them, and then send them to other people.

Private and Public Keys: A Bitcoin wallet contains a public key and a private key, which work together to allow its owner to initiate and digitally sign transactions, providing proof of authorization.

Bitcoin: Who determines the price of Bitcoin?

As we now know, Bitcoin is not issued by a central bank or supported by a government. Consequently, monetary policy, inflation rates and economic growth measures that generally influence the value of currencies such as the dollar or euro do not apply to Bitcoin.

Therefore, there is no standard or global price for Bitcoin; it depends on supply and demand in each market, i.e., the number of people who want to buy and sell it, the price and the quantity. In general, the price of Bitcoin is influenced by: