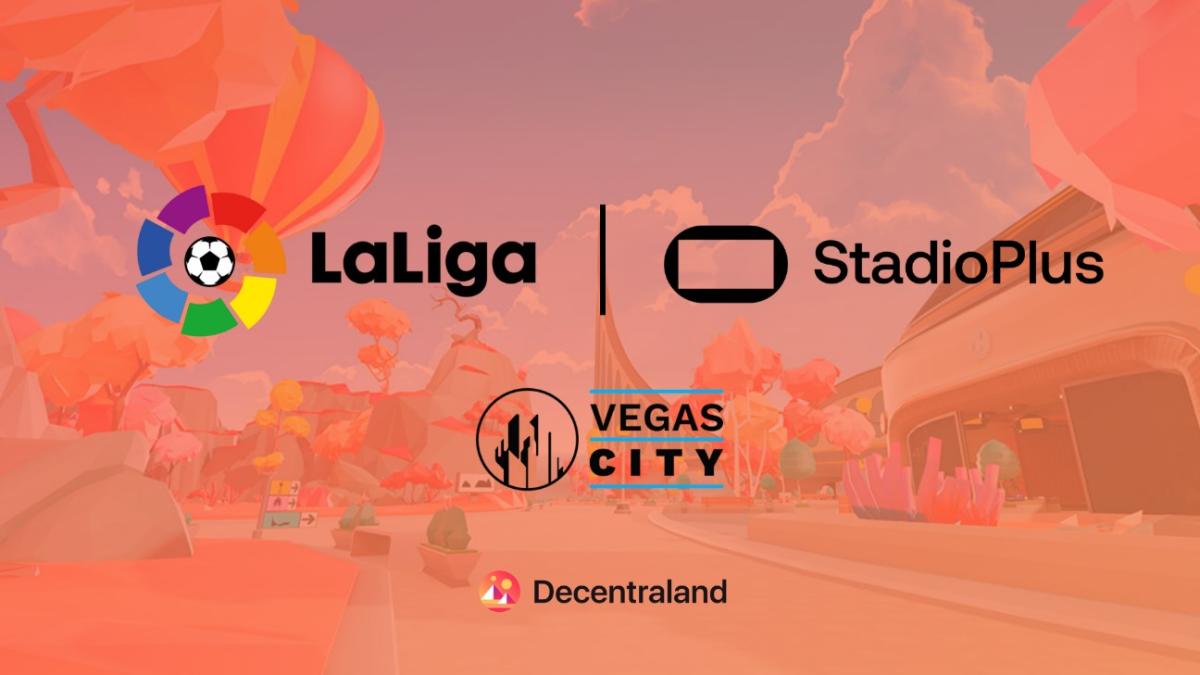 Laliga, the Spanish soccer premier league organization, has established a strategic partnership with Stadioplus and Vegas City Limited, two companies related to the metaverse, to digitize part of its business to offer new experiences in Decentraland.

To reach a new and relevant audience, such as Decentraland

Decentraland is a project that runs on the Ethereum blockchain (ETH) and whose goal is the creation of an open virtual world in which its users can operate as they do in the physical world. This means that they are able to socialize, explore and exchange in said virtual world. And, all of this is thanks to blockchain technology, with which they can create unique avatars of themselves, make purchases and payments among peers.

LaLiga, StadioPlus and Vegas City Limited have signed a strategic license agreement with the aim of carrying out a joint project in this metaverse of Decentraland, to try to approach new generations and encourage the interaction of fans from all over the world, who will be able to approach Spanish soccer in a different way.

LaLiga has been a digital leader in soccer, exploring and investing in the opportunities of new digital technologies and their application to the league and the game. With this initiative, La Liga hopes to reach a new, younger audience that is more connected to these worlds through virtual experiences. The new experiences will be offered in a set of plots in Vegas City, an area of Decentraland that is home to sports, gaming and entertainment-based experiences.

Speaking about the partnership, Stephen Ibbotson, head of franchising and licensing at La liga, said:

For La Liga, it is essential that we continue to innovate in ways to bring the best of competition to our fans, both on and off the pitch. This licensing agreement will allow us to reach a new and relevant audience, such as Decentraland.

“StadioPlus’ mission is to be the bridge between the sports industry and the future. That’s why we’re thrilled to have reached this agreement with LaLiga, with whom we’ve been working together for many months on the development and integration of the competition into Decentraland, and we’re confident that we’ll deliver a great experience for soccer fans and Web3 fans alike.”