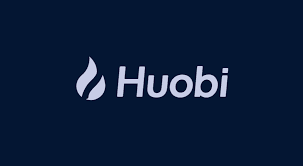 Huobi will lay off 20% of its employees. Following the announcement, the exchange recorded a large volume of withdrawals. The price of its native token HT fell by about 10%.

Very popular in Asia, Huobi is among the 10 largest crypto exchanges in the world in terms of volume traded. However, in order to last in the current market conditions, the exchange will have to lay off 20% of its staff. While these measures were previously only rumored for a week, the company just made them official today.

While the layoffs have not yet taken place, they are expected to be effective during this quarter. The exchange will thus deal with fewer staff in order to overcome the bear market, as a company spokesperson reported:

The planned number of layoffs is about 20 percent, but it has not been implemented at this time. With the current state of the bear market, a very small team will be maintained in the future.

The price of the platform’s native digital coin, Huobi Token (HT), plunged more than 10% to $4.3 (Asian hours) following the news. Its price has since rebounded slightly and is hovering around $4.5 at the time of publishing this article. The market capitalization of the token is now around $750 million.

Blockchain analytics startup Nansen also reports that Huobi has seen a significant increase in net outflows over the past 24 hours, the equivalent of $60.9 million compared to a total of $94.2 million over the past 7 days.