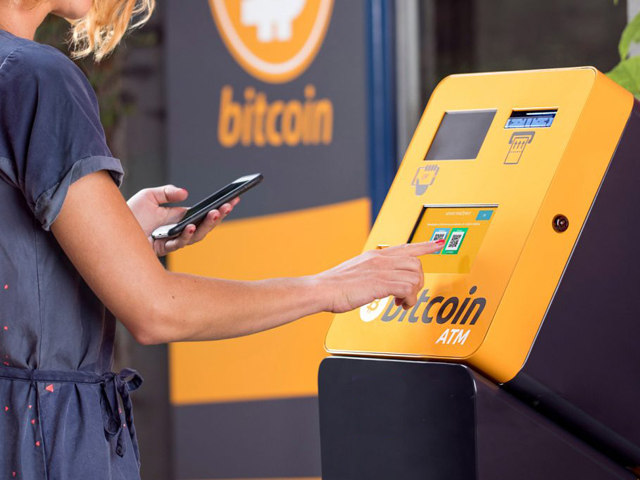 A Bitcoin ATM is a machine that allows you to convert real money into Bitcoins in exchange, or to exchange Bitcoins you own for local currency. In Europe, as elsewhere in the world, this type of ATM exists and they are highly sought after. It should be noted, however, that the majority of Bitcoin ATMs are actually cryptocurrency ATMs.

How did the idea of Bitcoin ATM come about?

Some companies saw the potential to make money with cryptos and decided to address the need to exchange Bitcoins automatically, easily and securely. Bitcoin ATMs were introduced in late 2013. The first one, developed by Bitcoiniacs and Robocoin, was launched in Vancouver in October 2013, according to Time newspaper.

After that launch, this way of making money with Bitcoin began to find its audience. Today, thousands of Bitcoin ATMs are deployed around the world. In countries like Canada, where Bitcoin is welcome, they can easily be found. In France, despite the reluctance to embrace Bitcoin, devices are being deployed in major cities.

Currently, there are more than 39,000 Bitcoin ATMs in the world. This is yet another sign of the rampant adoption of cryptos. A new report from Finbold indicates that an average of 20 Bitcoin (BTC) ATMs were installed every day of March 2022 around the world.

So some countries are getting into Bitcoin ATMs, but it’s a long way from all of them. Based on the data published by CoinATMRadar, we can find:

How to find one?

Buying Bitcoins with cash or cash equivalents and selling Bitcoins easily to change your Bitcoins into Euros or Dollars. It is also a way to buy Bitcoin anonymously.

Coinatmradar is a site that presents a map. On it, you can see the location of all the existing Bitcoin distributors in the world.

Once on this site, simply click on the country of your choice. Then choose a city and click on the location indicator. This will give you all the information available about the Bitcoin ATM located in the city (precise location, operations available, crypto and fiat currencies supported…).

You can also locate a Bitcoin ATM on Google Maps and find one near your home or near where you are on vacation or traveling abroad.

Type the name of your country or city into Google Maps, followed by the keyword Bitcoin ATM or Bitcoin ATMs. The location of existing ATMs should appear on the map.

How does Bitcoin ATM work?

Each ATM has its own functions and features. For example, there are ATMs that only allow you to buy Bitcoins. Others work with different altcoins, like Ethereum or Litecoin.

Buy: If you make a purchase, you must specify the Bitcoin address where you will receive the funds. If you do not have a Bitcoin wallet, the ATM will offer to create one. If so, an invoice will be printed with the details of your Bitcoin wallet, public key with QR code and private key. The latter should not be shared under any circumstances. Once you have configured the various settings for your purchase, enter the appropriate cash.

Sell: To sell your Bitcoins and receive cash, you must transfer them from your Bitcoin wallet to the address listed on the ATM. For your convenience, a QR code is displayed, which you can scan from your cell phone. Once the transaction is confirmed, you will receive the corresponding cash. Keep in mind that the fee will be subtracted directly from the amount collected in cash.