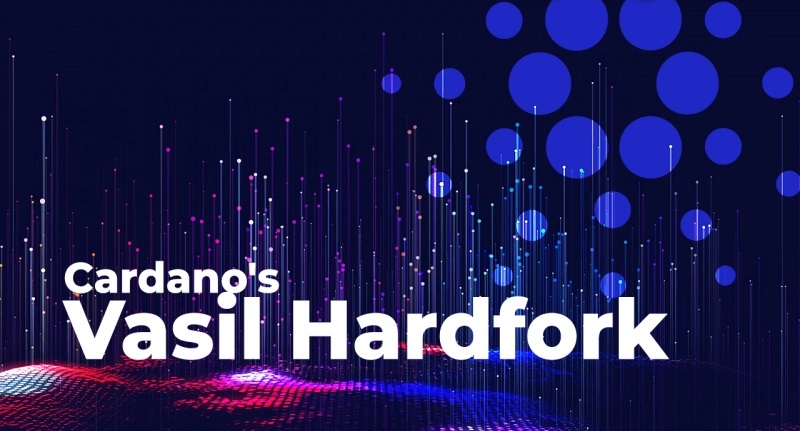 Cardano’s (ADA) long-awaited Vasil upgrade, which aims to improve scalability and network performance, has passed the testnet “successfully” and is expected to be deployed on the mainnet within a month.

Cardano has been waiting for a major upgrade for weeks. Due to some issues, the Vasil hard fork has not yet been implemented and investors are concerned that the upgrade will not go as planned.

What is the Vasil hard fork?

The Cardano network is once again preparing for the arrival of the Vasil hard fork. This is an upgrade that promises big changes that will bring you closer to a smart contract infrastructure with great flexibility to create even more powerful dApps and where the scalability of the network will be so large that it will double its current capacity.

Cardano is similar to Ethereum in that it also supports smart contracts and the development of dApps (decentralized applications) on the blockchain. This allows for a variety of projects to be created on the blockchain, beyond simple fund transfers as in the case of Bitcoin.

What’s different about Cardano is that its performance is superior in terms of speed and transaction costs, making it a potential Ethereum killer. Nevertheless, the developers of the blockchain want to further increase its scalability and reduce costs in the next update, Vasil.

This will be a hard fork, which will essentially copy the data from the previous blockchain to a new one and start from there. This operation, which was supposed to take place on June 29, has been postponed twice and the latest news shows that the upgrade will be in September.

In a tweet posted on August 18, Adam Dean, developer of the Cardano ecosystem, said that the Cardano test network was “catastrophically broken,” indicating that we may have to wait a little longer.

Uncertainty is the only thing investors fear, and that’s exactly what Cardano has created. The hard fork was supposed to put Cardano ahead of other Ethereum killers like Polkadot and Solana in order to attract more development to the blockchain, which it is sorely lacking given that there is only $78 million in total locked value (TVL) out of $59 billion in TVL according to DefiLlama.

Vasil will also include enhancements to Cardano’s cryptographic primitives (allowing greater interoperability options for other blockchains). For example, Vasil will enable special functions that will allow the use of ECDSA with the secp256k1 curve (the same configuration used in Bitcoin) for making digital signatures in Plutus smart contracts.

Similarly, the Cardano team also decided to take advantage of another advance made to Bitcoin to add to its crypto stack: Schnorr. With the addition of Schnorr to Cardano, the network will be able to benefit not only from more advanced, secure and optimized cryptographic operations, but also the ability to communicate via bridges with networks such as Bitcoin and Ethereum without it particularly complicating the generation of such infrastructure or requiring significant changes to the crypto stack.

Founder Charles Hoskinson and IOG, the developer of Cardano, reassured investors of the progress. So far, 40 percent of stake pool operators (SPOs) have upgraded to Node 1.35.3, approaching the 75 percent required to complete the upgrade. This upgrade is expected to occur in mid-September, completing the long-awaited upgrade.