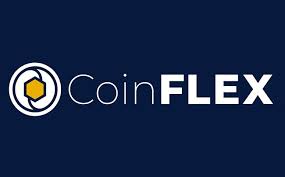 Beleaguered crypto exchange CoinFLEX has confirmed that it has filed a lawsuit in Hong Kong to recover $84 million from Bitcoin Cash (BCH) developer Roger Ver.

On June 24, the company announced that it had suspended withdrawals and halted perpetual and cash transactions due to “extreme market conditions” and “continued uncertainty regarding a counterparty.” The notice did not provide details about the counterparty, only that it was not 3AC.

Ver was then “outed” on social media as the counterparty at the center of the storm.

CoinFLEX alleged that the financial black hole it is currently facing was caused by Ver’s refusal to pay its margin trade debt. Usually, if a margin trader’s account value falls below a certain level, the open position is automatically closed to prevent further losses.

However, in this case, CoinFLEX said it had an agreement with Ver, backed by “strict personal guarantees,” which meant the exchange would not close its losing trades.

In a recent update on the situation, Ver said its legal team had advised it to stop talking about the issue. But he reiterated a previous statement that he does not owe CoinFLEX any money. Instead, he maintains that the beleaguered exchange does owe him money.

CoinFLEX co-founders Sudhu Arumugam and Mark Lamb apologized to users, saying that this situation was not what they had “envisioned.”

They further apologized for the lack of updates since the withdrawal freeze. Explaining that this was due to non-disclosure agreements regarding the investment talks that are currently taking place. The pair also said the company was aiming to incorporate some customer deposits into the company’s equity as an additional source of capital.

We are looking to raise a significant amount of funds from new investors. In addition, we are in discussions with coinflex depositors who are looking to help the company by converting some of their deposits into equity.

The company initially estimated the financial black hole to be $47 million. However, its latest update indicates that additional costs were incurred, resulting in a final loss of $84 million. Which they are now seeking from Ver in a lawsuit.

The near doubling of costs was a result of Ver’s assurance that it would recharge its account. But those funds never arrived, leaving the position open and accumulating further losses.

Once it became clear that Ver was “wasting time,” hoping for a market rebound that never came, CoinFLEX liquidated his account but incurred high skid costs.

We tried to liquidate his account conservatively using exchange counterparties, but because the positions were so large, they involved slippage like any large order or series of large orders could reasonably create.

Another uncertainty in this situation lies with the SmartBCH sidechain, which CoinFLEX maintains the bridge for. SmartBCH users are concerned that if the exchange fails, the value locked into the sidechain will be distributed to senior creditors first.

CoinFLEX has confirmed that it is in talks with a SmartBCH representative, but until more is known, the bridge will remain closed.

The SmartBCH Foundation contacted Cryptonovices via email, stating that CoinFLEX is mistakenly treating SmartBCH deposits as customer funds. The organization confirmed that talks are ongoing, but they “reserve the right to pursue all avenues of action.”

Unjustifiably, coinflex also locked down the bch that supported the wrapped sbch on the bridge and stated that these are the same funds as customers.