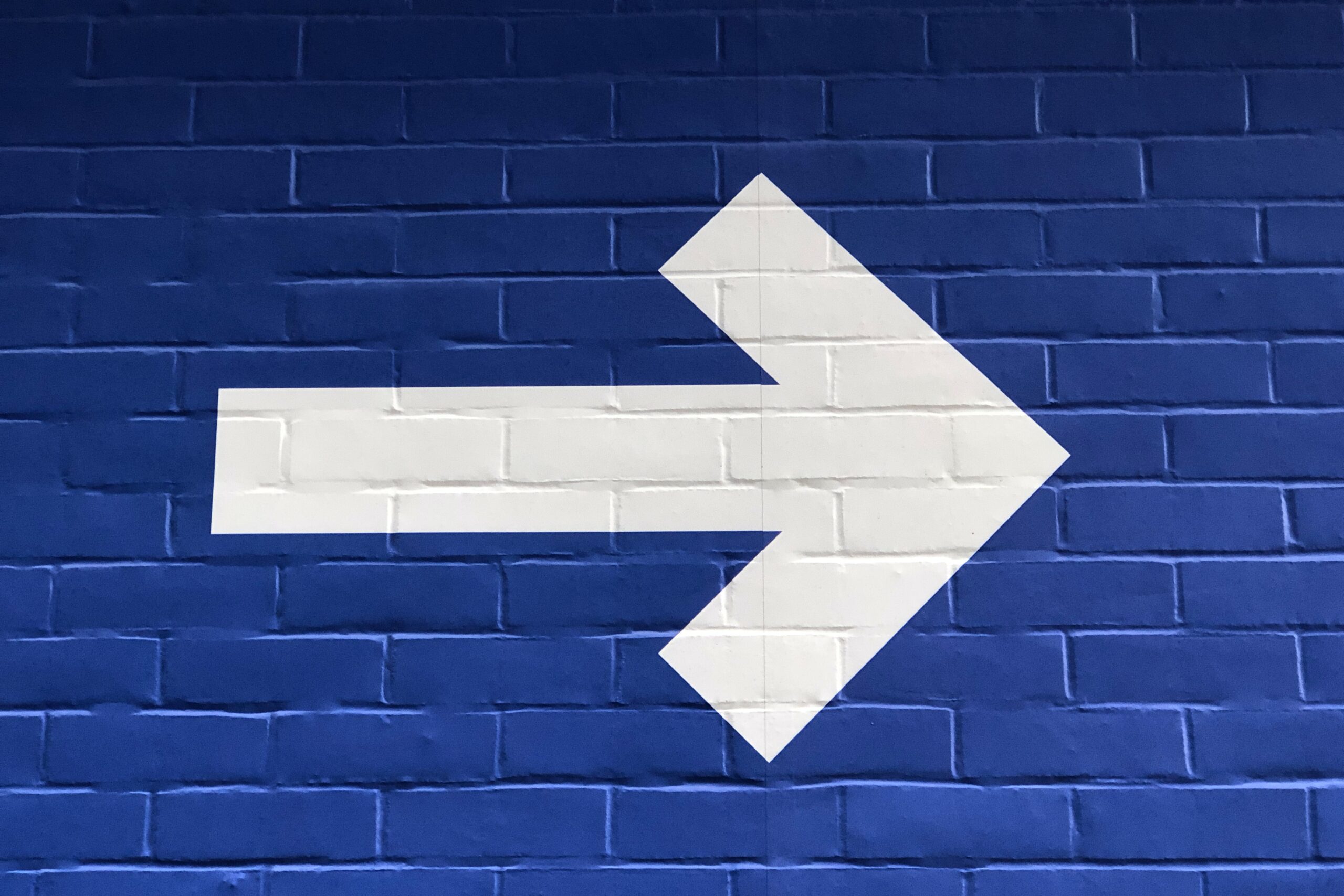 Ethereum is a decentralized exchange protocol initiated in 2015 by Vitalik Buterin, allowing users to exchange value, create Smart Contracts and develop decentralized applications (dApps). This protocol uses the Ether (ETH) unit of account to conduct transactions on the network. Ether is now the second largest cryptocurrency behind Bitcoin, with over $60 billion in capitalization.

The Ethereum ecosystem is vast; many projects, companies and associations are involved in its development. In particular, Ethereum became known with the rise of ICOs (Initial Coin Offering) eOn 2017 and decentralized finance projects (DeFi). However, Ethereum now has limitations in terms of its scalability; the more the network is used, the slower the transactions and the higher the fees. These performance problems are real obstacles to the adoption of the protocol.

Ethereum is in constant evolution. It will undergo several updates that aim to improve the protocol in terms of performance, security and decentralization. This global evolution of the protocol, if it comes to an end, will lead to the Serenity version of Ethereum, also called Ethereum 2.0. The different phases of the migration from Ethereum 1.0 to Ethereum 2.0 are described in a Road Map, planned since the beginning of the project.

Since its inception, Ethereum has operated with a Proof of Work (PoW) based system, with the Ethash algorithm. Miners compete with each other and use computing power to hopefully solve a complex mathematical equation to validate transaction blocks. The miner who finds the solution is rewarded with Ethers. As the reward is more valuable than the computing power involved, this is an incentive for miners to participate in the network.

The proof of work allows the network to be secured and in particular to protect it against Sybil attacks. However, this system limits the scalability of the network and consumes a significant amount of energy. As an alternative to proof of work, Ethereum 2.0 will implement a system based on proof of stake.

Proof of stake has the same objectives as proof of work, but it is based on the possession of cryptocurrencies (Ether) and not on computing power. The equivalent of miners, called stakers, must stake a large amount of money to have the right to validate transaction blocks; this is called staking. On Ethereum 2.0, this amount is 32 ETH.

With proof of stake, block validation is no longer a competition. Validators are randomly selected and must propose a new block to be integrated into the chain. The probability of being selected depends on the number of Ethers at stake. If the forgers respect the rules and propose correct transaction blocks, they are rewarded with Ether. On the contrary, if they do not respect the rules, they are punished directly on their staked stock. The penalty can be up to their entire 32 ETH.

This mechanism of validation of transaction blocks will be implemented by the Casper algorithm. Today, there are two implementations of Casper under development:

Casper FFG (Friendly Finality Gadget): proposed by Vitalik Buterin
This algorithm is based on a hybrid version between proof of work and proof of stake. Blocks are still mined via PoW, but every 100 blocks there is a PoS validation. The validators will then have to propose a block of transactions to the network. If at least 2/3 of the validators propose the same block, it is added to the blockchain.

Casper CBC (Correct-by-Construction) : proposed by Vlad Zamfir
This implementation is inspired by Ghost, an algorithm whose goal is to increase the frequency of block validation with the proof of work. At each validation, a block represents a potential fork of the chain. Validators must choose the “right” fork, i.e. the chain with the correct transaction blocks. The chain with the new blocks is finalized when 2/3 of the validators choose it.

In phase 0, Ethereum should implement the Casper FFG version. The CBC version has a longer term goal, and would allow the transition to 100% PoS.

The start of phase 0 corresponds to the launch of the Beacon Chain, also called Eth2 chain. The Beacon Chain aims to introduce staking (PoS) and to coordinate shards and validators (more on this later).

Users can become validators (staker) on Ethereum, either by depositing 32 ETH on the dedicated Smart Contract, or by depositing less than 32ETH via a staking pool (an association of several validators).

A list of different staking services is available here. Potential earnings can be estimated on the StackingRewards.com website.

There are two things to know:

The Beacon Chain will launch on December 1, 2020, if there are at least 16,384 validators, or 524,288 ETH deposited. You can follow the total deposits here: Ethereum Launchpad

Once deposited, the funds and rewards cannot be recovered until the end of Ethereum Phase 1, so not for several months or even years. This represents a considerable commitment and risk, given the current price of Ether.

The Beacon Chain will initially exist separately from the Ethereum 1.0 chain (Eth1). In the future, it will serve as the “master” chain, coordinating the network shards and validating the blocks of the main chain via a proof-of-stake system.

The sharding architecture is an evolution that should considerably improve the scalability and capacity of the Ethereum network.

Sharding allows to organize horizontally the distribution of data on an information storage system. In Ethereum, this would reduce network congestion and increase the number of transactions per second by creating new blockchains in parallel, called shards. There should be up to 64 shards in parallel, but theoretically it could go up to 1024.

Currently, validators must have all the data of the blockchain on their node. With a shard architecture, they would only need to have the data corresponding to the shard they are validating. This would reduce the storage of information on their node, and thus increase processing speed and reduce hardware requirements. A node could easily run on a computer or smartphone, making the ability to participate in the network accessible to more people. A larger number of participants implies greater decentralization, and thus increased security.

In a first version, the shards would not directly manage transactions or Smart Contracts; they will only provide additional data to the network. They would nevertheless allow to increase the number of transactions per second (estimated up to 100 000 tx/s) with Rollups. Rollups consist in grouping several transactions on a shard, and providing the main chain with a cryptographic proof of all the transactions. This is similar to the principle of the Ligning Network on Bitcoin.

In a second version, the shards will be able to manage transactions and Smart Contracts, just like the main chain. The implementation of this second evolution is still under discussion in the Ethereum community, as it may not be necessary given the capabilities that version 1 should bring.

The role of the Beacon Chain would be to manage the synchronization and security of shards, coordinating their creation and validators. The implementation of the shard architecture should start in phase 1.

It is planned that the main chain will merge with the Beacon Chain: this is phase 1.5, also called The Docking. This will officially mark the end of the proof of work for Ethereum. Once the merge is done, the Eth1 chain and all its history will be seen as a network shard.

Phase 2 of Ethereum 2.0 corresponds to the replacement of the virtual machine allowing the execution of Smart Contracts.

Currently, the virtual machine used is EVM (Ethereum Virtual Machine). This will be replaced by eWASM (Ethereum WebAssembly).

WebAssembly (WASM) is a web standard developed by the W3C, which is used to create applications. It is a type of low-level, high-performance code that is designed to work in conjunction with JavaScript and to be executed by web browsers.

eWASM is a modified version of Wasm, specific to Ethereum. This virtual machine should bring many improvements in terms of performance, but also in terms of usability. The code should be more readable and understandable, and thus more easily debugged.

One of the biggest challenges is the development of an EVM transcompiler, which will make the code of Smart Contracts made under EVM compatible on eWASM. The Solidity language can still be used to develop Smart Contracts, but the developers also want to allow the use of the C language and Rust.

Eventually, the move to eWASM will make the development of Smart Contracts, and thus decentralized applications (dApps), more efficient, accessible and secure.

By this phase, the main evolutions of Ethereum 2.0 will have been implemented, and the protocol will continue to evolve and be improved. The objectives of this phase are not really defined yet and will depend on the result obtained from the previous phases. Many EIPs (Ethereum Improvement Proposals) will be developed and implemented to make the system more reliable.

Ethereum 2.0 is a very ambitious project that, if it lives up to its promises, could far surpass the competition. Ethereum would become the platform for decentralized applications with levels of decentralization, scalability and security never before achieved.

Nevertheless, the development of the Serenity upgrade is still pending and is receiving a lot of criticism regarding its technical feasibility and its governance mode. Indeed, the risk of bugs and failures is far from zero, and the consequences could be dramatic for Ethereum. Today, it is a protocol used by many applications with a powerful ecosystem, but a flaw on the network could have important consequences on users and their funds.

Proof of stake is also an aspect that is criticized. Some consider it less secure than proof-of-work and less decentralized. The validation of blocks of transactions would be reserved for those who have the most Ether, and therefore the most fortunate, despite the possibility of staking in a pool. Moreover, to become a validator, the conditions are strict and require to have a node connected 24 hours a day, under penalty of receiving penalties. This will push validators to use centralized hosting services (AWS, OVH, etc). Others criticize Ethereum’s “monetary” policy; the proof of stake does not require energy to function, so the Ethers issued have no production costs related to this energy expenditure (unlike Bitcoin). Either way, Ethereum’s value proposition is unique, and it will provoke some interesting debates in the Blockchain ecosystem.

As a user or investor, betting 32 ETH today represents a considerable risk, as they won’t be recoverable until the end of phase 1. When it comes to the price of Ether, the price is always the result of supply and demand. Just because a project is fundamentally very good, does not mean that its price is high. However, if Ethereum is successful, it is likely to see its use increase, and thus the demand for Ether as well. In addition, a certain hype, or fad, can inflate demand and drive the price up. On the other hand, if there is a loophole, Ether owners may start selling their assets and therefore the price could fall.