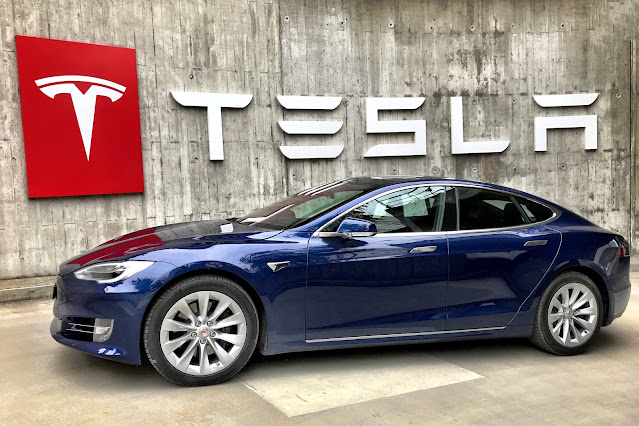 Musk said the sale wasn’t a verdict on Bitcoin, just a cash play, and it looks like the market has taken him at his word.

Do you remember in February 2022, Tesla had told the authorities that the value of its bitcoin holdings reached 2 billion dollars.

Well, that’s not the case anymore!

Tesla: Finally, we do not HODL!?

According to a disclosure in financial documents filed with the U.S. regulatory and market oversight body, Tesla explained in February 2021 that it had updated its “investment policy to provide greater flexibility to further diversify and maximize returns on [its] cash that is not needed to maintain adequate operational liquidity.“

Tesla announced that it had purchased $1.5 billion worth of bitcoins in January 2021 and with a view to holding them for the long term.

During the year ended December 31, 2021, we purchased and received $1.50 billion of bitcoins. […] We recorded impairment losses of $101 million on these digital assets. We also realized gains of $128 million from the sale of a portion of our holdings in March 2021,” Tesla had admitted in a financial filing.

This investment represented 7.7 percent of its cash ($19.4 billion). Tesla considered bitcoin to be a volatile asset but “liquid” enough to be considered equivalent to “cash.

No buying or selling since 2021, but Elon Musk was spreading panic

Since the beginning of the bear market, everyone was wondering if Bitcoin would collapse. What if the Bitcoin whales sold all their Bitcoins at once?

A whale like Tesla? But Elon Musk‘s company explained in May 2021 that it has neither bought nor sold Bitcoins held since the beginning of 2021 through its latest quarterly report.

But why is the bitcoin price so tied to Tesla?

From the smallest to the largest investors like Tesla or MicroStrategy can’t escape the volatility of cryptocurrencies.

But a few tweets here and there from some can have an impact on the price of digital currencies like bitcoin.

Last year, for example, Elon Musk was the talk of the town in the cryptocurrency market, and his spectacular influence is causing an outcry.

In June 2022, American Keith Johnson filed a lawsuit in New York court accusing Elon Musk of creating a pyramid scheme on the Dogecoin cryptocurrency. The American invested in Dogecoin (DOGE) in 2019.

Johnson is claiming $258 billion from the Tesla boss.

Dogecoin is a pyramid scheme. The crypto has no interest or function. The number of coins is unlimited and there are no ambitions to the project. By “promoting” this crypto, Elon Musk has played on his fame to push novices to invest.

Keith Johnson also includes two companies run by the entrepreneur: electric vehicle manufacturer Tesla for accepting dogecoin as a means of payment for some derivatives, and space company SpaceX for naming one of its satellites after dogecoin.

Keith Johnson likens dogecoin to a pyramid scheme, in that, according to the complaint, the virtual currency has no intrinsic value, produces nothing, is not based on any tangible asset, and the number of “coins” in circulation is unlimited.

Complaints from investors who feel cheated by the promises of virtual currencies are currently multiplying in the United States without any guarantee of their success.

To say that Elon Musk is somehow one of the biggest crypto influencers in the world. All it takes is for him to talk about a crypto for it to rise in value.

If you ask our opinion, always do your own research, don’t listen to anyone. Even if an influencer has thousands and millions of followers, it doesn’t mean he has the science behind it. 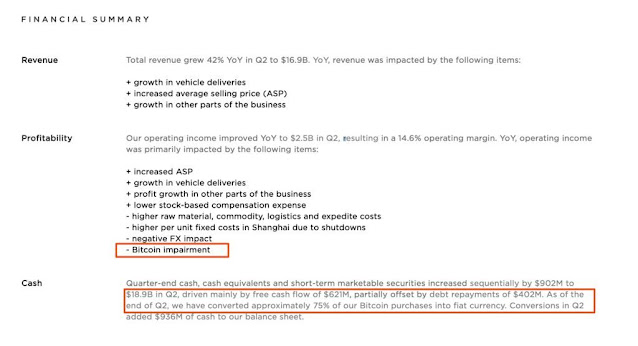 Elon Musk: I explain why we sell our bitcoins?

On July 21, 2022, electric vehicle maker Tesla revealed, through the release of its second quarter 2022 financial statements, that it had sold 75% of its bitcoins in June for $936 million.

While Elon, who swears by cryptocurrencies, assured that his electric vehicle company would hold on to its bitcoins for the long term, Tesla finally said it had already disposed of three quarters.

The reason we sold a large portion of our bitcoin holdings is because we were not sure when the COVID confinements in China would ease. So it was important for us to maximize our cash position, to offset that uncertainty […]. This should not be taken as a verdict on Bitcoin – Elon Musk

This is probably a sale at a loss, since the company had acquired these bitcoins in January 2021, when the price was hovering between 30,000 and 40,000 dollars, for a sale around 29,000 dollars (unconfirmed price). For a total of 1.5 billion dollars.

Tesla is therefore still holding approximately 10,000 BTC, which at the current price is about 230 million dollars. However, this quantity makes the company leave the small club of major players and main holders of bitcoins.

What experts have to say?

Musk said the sale wasn’t a verdict on Bitcoin, just a cash play, and it looks like the market has taken him at his word,” Tommy Honan, the head of strategic partnerships of crypto exchange Swyftx’s, told Cointelegraph.

Bitcoin’s price has stabilized over the last 24 hours and we’d be surprised if other big investors followed suit, especially given the current price of Bitcoin, he added.

I would not be surprised if Tesla keeps nibbling in Bitcoin when Bitcoin stabilizes, otherwise they would have sold 100 percent, he was was quoted as saying by Cointelegraph.

The Tesla news is bullish, now Elon can’t sell his Bitcoin again and it’s been purchased in the 20s by more reliable and less erratic actors.