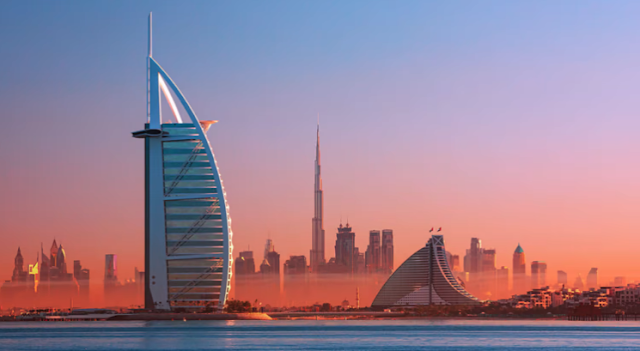 Dubai is ramping things up in the virtual stratosphere with the promise of jobs to its constituents.

In a recent strategy unveiled by Dubai’s crown prince, Sheikh Hamdan bin Mohammed, it was said that the bustling metropolis aims to create 40,000 virtual jobs and increase the number of blockchain enterprises in the region by 500 percent by 2027.

Dubai’s authorities are attempting to lead the most populous city in the United Arab Emirates into a new era as the bitcoin industry and the metaverse spread globally at an incredible rate.

In a statement, the UAE’s official news agency WAM, wrote:

“The plan emphasizes cultivating talent and investing in future capacities by giving developers, content creators, and consumers of digital platforms in the metaverse community with the essential support in metaverse education.”

The proposal seeks to facilitate the government’s objective of quintupling the number of blockchain enterprises in five years. According to Sheikh Hamdan, Dubai is now home to more than 1,000 companies in the virtual realm and blockchain industry, which provides $500 million to the city’s economy.

The news comes in the face of a cryptocurrency market that is taking heavy blows from negative macroeconomic forces, with around $2 trillion just erased from the industry as major coins such as Bitcoin and Ethereum lose considerable value.

We launched the Dubai Metaverse Strategy today, which aims to foster innovation in new technology. Dubai is home to over 1,000 companies operating in the metaverse and blockchain sector, which contributes $500 million to our national economy. pic.twitter.com/J1XRmd2ub3

Dubai has become an attractive city for crypto exchanges with its lenient regulatory climate and quick license approvals. It will not be a surprise then that Dubai’s most recent move would be bullish for the cryptocurrency market over the long term, as it represents a critical milestone in the sector’s global adoption.

Dubai is gaining recognition for its aspirations to become a cryptocurrency hub. The city’s recent metaverse declaration is consistent with its desire to recruit more emerging technology and cryptocurrency enterprises.

As Asian nations such as China, Thailand and India impose restrictions on cryptocurrencies, and the United States delays enacting rules, the Middle East is poised to become the world’s leading cryptocurrency destination.

In March, the Emirati city approved its first law regarding virtual assets and established the Virtual Assets Regulatory Authority (VARA) for crypto firms, which has already issued licenses to some of the world’s largest crypto exchanges, including Binance and FTX’s European division.

The national airline Emirates also has crypto ambitions, with plans to transform the Dubai Expo 2020 site into an innovation center to lure talent to the region. The airline intends to launch a number of initiatives involving NFTs and the Metaverse.