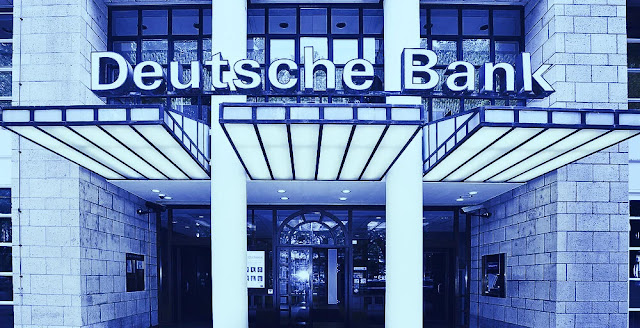 For Deutsche Bank, bitcoin is closer to diamonds than gold.

The price of BTC is too volatile

A Deutsche Bank analysis of bitcoin by Marion Laboure and Galina Pozdnyakova was recently published.

The analysis covers the current trend in bitcoin’s price, and also contains a forecast for the end of the year, but the most curious aspect is that Laboure and Pozdnyakova claim that BTC is more similar to a heavily traded asset, such as diamonds, rather than a safe and stable asset like gold.

Indeed, it is quite clear that the price of BTC is too volatile to qualify as a stable safe-haven asset, as gold is, whereas it is more akin to assets that are also heavily traded in the markets for speculative or investment purposes.

For example, the price of bitcoin during this year 2022 underperforms the stock and bond markets, and also the commodities market.

The Deutsche Bank report indicates that the strong evacuation of excess liquidity from the financial markets, initiated by major central banks for months, has created downward pressure on its price. Gold, on the other hand, has held up much better.

Laboure and Pozdnyakova cite the story of De Beers, one of the world’s leading diamond producers, and in particular its advertising efforts to change consumer perceptions of diamonds.

They argue that they marketed an idea rather than a product, building a solid foundation for a $72 billion-a-year industry that they have dominated for 80 years now.

What is true for diamonds is also true for many goods and services, including bitcoin.

Bitcoin has no real competitor

Indeed, many cryptocurrencies compete with each other, which only weakens them in times of trouble. To date, bitcoin has no real competitor, but the same cannot be said for altcoins at all.

Laboure and Pozdnyakova also point out that since November, the crypto-market has become increasingly correlated with benchmarks such as the tech-heavy Nasdaq 100 and S&P 500, which could also cause a rebound sooner rather than later, if the U.S. tech markets also rebound.