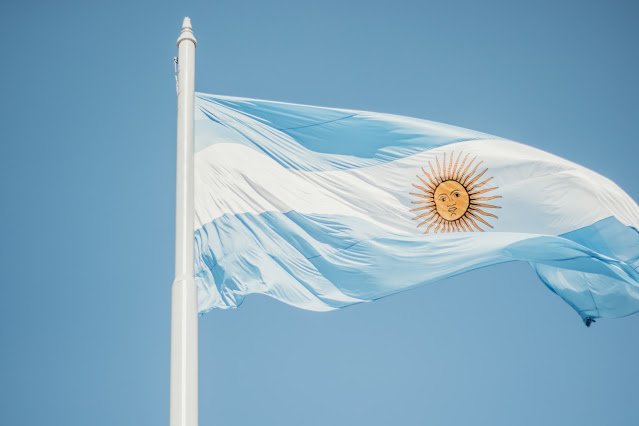 Every time news like this comes out of Argentina, because of the 24/7 nature of crypto, this is the first market where Argentina starts looking for a price for the U.S. dollar.

After the then Argentine Minister of Economy, Martín Guzmán who resigned from his post last Saturday (2), the volume of cryptocurrency trading in the country has increased significantly, showing a flight of the population to a non-local currency.

An explosion in stablecoins

Argentina, one of the largest countries in South America and a former economic giant, has not been at its best in recent years. While in the first three decades of the 20th century, the nation was among the 10th richest states per capita in the world, things have been very different in the last 40 years.

Inefficient production, dictatorship regimes and a huge foreign debt have led to rampant inflation. In fact, Argentina has not had single-digit inflation for at least a decade. The global financial turmoil caused by the COVID-19 pandemic, military conflicts and the energy crisis have logically made things worse.

In 2019, the government appointed Martin Guzman as Minister of Economy. During his reign, he managed to reduce Argentina’s public external debt while struggling citizens received much-needed bonuses and food cards.

In May, the country’s inflation rate soared to over 60 per cent. At the same time, diesel shortages and pressure from left-wing political wings led to his resignation.

Indeed, in a public letter posted on his Twitter feed, the minister said he remained confident in his vision and needed to continue working for the country’s future; Martin Guzman resigned from his post.

As might be expected, some Argentines have turned to stablecoins pegged to the U.S. dollar, due to the depreciation of the national currency.

According to information from BATimesthe price of crypto-currencies rose on several exchanges, including Binance Argentina. On other exchanges, such as Lemon Cash, the cryptocurrency Tether (USDT) gained 11% in a few hours.

This stability of the dollar is one of the main ways in which people are trying to protect their long-term purchasing power, as the national currency loses value month after month.

With the finance minister only asking to leave on Saturday, the cryptocurrency markets were the only ones available to trade dollars and financial assets.

It is worth noting that Argentina is among the countries with the highest adoption rate of cryptocurrencies. According to research conducted by Chainalysis, the nation ranked 10th, surpassing China, Brazil, South Africa and Russia.

The CEO of the Ripio exchange also based in Argentina, Sebastian Serrano, commented on the popularity of stablecoins this way:

Every time news like this comes out of Argentina, because of the 24/7 nature of crypto, this is the first market where Argentina starts looking for a price for the U.S. dollar. This drives up trading volumes.