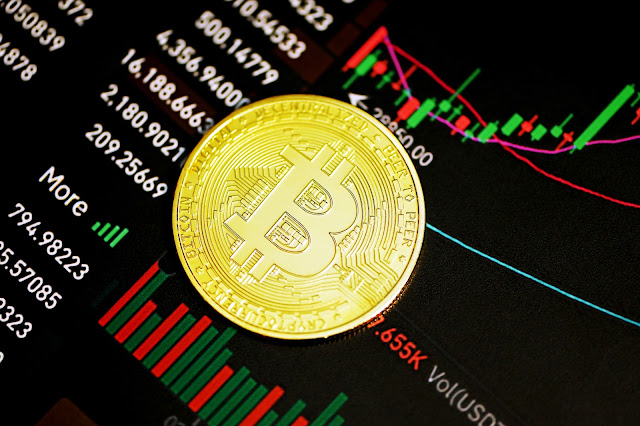 The notion of crypto winter first appeared at the end of 2018.

From January 2018 to December 2020, the price of cryptocurrencies had fallen sharply and had remained for many months at a more or less stable level.

Bitcoin loses 65% of its value since its all-time high in November 2021, the cryptocurrency market falls below $1 trillion, major players in the crypto sphere stringing together layoffs not to mention problems at exchange platforms like celsius network.

Indeed, for a few weeks, the value of cryptos have been collapsing, all indicators of the sector are in the red. To the point where a new expression is created: the crypto winter.

Everyone is wondering is this the end of Bitcoin and altcoins?  Some people are saying whether it’s time to buy the dip (Buy the dip: an expression used in crypto to express the purchase of a cryptocurrency in times of decline) while others are saying whether to jump ship and sell everything because everything is collapsing and Bitcoin is dead.

How to explain this decline? What does it portend for the future of cryptocurrencies?

To understand what cryptocurrency is, we invite you to read also Learn cryptos: What is Bitcoin? or Bitcoin: The sooner you are in the better it is

Collapse of UST and Terra labs?

The notion of crypto winter first appeared at the end of 2018, in. From January 2018 to December 2020, the price of cryptocurrencies had fallen sharply and had remained for many months at a more or less stable level.

A “winter” that had then lasted almost two years, before the prices soared again. In fact, the original term “crypto winter” describes this long period of cooling prices, which can last several months.

Experts say this is due to the global situation in general. It’s not just in the crypto world that things aren’t going well.

Recession is looming, inflation is skyrocketing, interest rates are rising and the cost of living is weighing heavily. Stock markets are also wobbling, with the U.S. S&P 500 now in a bear market (down 20% from its most recent peak).

But it would also be irresponsible not to mention the fall of the Terra labs which has disappointed many investors. What really happened?

Why did UST and Terra collapse?

Much of the turmoil in the cryptocurrency market has been caused by the collapse of a stablecoin: the TerraUSD (UST). In the cryptocurrency world, stablecoins are supposed to have a guaranteed value, which is protected by the existence of a large reserve, but which can also be maintained by complex algorithms.

Yet, the systems at work behind TerraUSD were flawed and this cryptocurrency lost more than 80% of its value in one week. The distrust then spread to other stablecoins, such as Tether, which created a wave of panic in the “crypto” sphere for a few days.

Who is Terra labs and UST?

At its launch in April 2019, Terra billed itself as “seeking to disrupt the traditional financial system by rebuilding the payment system on the blockchain and powering all digital transactions with our stablecoin.” For its part, the UST stablecoin, an algorithmic stablecoin, was launched in September 2020.

The launch presentation described UST as an algorithmic stablecoin, where the minting cost is equal to the face value of the stablecoins minted – to mint 1 TerraUSD, only $1 of the reserve asset (LUNA$) needs to be burned. TerraUSD’s monetary policy is infinitely scalable.

Read also : Learn cryptos : What is a stablecoin?

Simply put, the UST rate is maintained through a user-orchestrated arbitrage mechanism. In concrete terms, when the UST price decreases, it is possible to exchange 1 UST for 1 dollar of LUNA to reduce the total supply and increase its value until equilibrium is reached. The phenomenon also applies in the other direction.

At the beginning of 2022, Terra’s cryptocurrency (LUNA) was still the 9th largest crypto currency in the world with a capitalization of over $30 billion. For its part, the stablecoin UST had reached a capitalization of up to $19 billion a few weeks before the crisis. Now, the cryptocurrency LUNA is ranked 206 on May 15, 2022, and the stablecoin UST is ranked 35.

However, despite the greater scalability of UST, the problem of maintaining parity seems clearly not to have been solved. The UST strategy carries a major risk. In the event that a lot of USTs are sold in a very short period of time, the volumes would be such that the arbitrage would not have time to react and reverse the trend. And that is precisely what happened.

Selling pressure on Luna intensified during the course, as millions of investors began liquidating their gains on Anchor, a Terra protocol for getting returns on UST, to reduce interest rates according to analytics.

It all happened around the TerraUSD algorithmic massacre of de-pegging stablecoins. So now, 1 UST can be redeemed or minted for exactly $1 of LUNA at any time.

The problem with algorithmic stablecoin is that there is no formula that can currently predict everything that’s going to happen, and as far as I know, there isn’t even a very successful self-correcting artificial intelligence algorithm, said Mark Fidelman, CEO of SmartBlocks; an agency that develops marketing strategies for cryptocurrency technologies and businesses.

In any case, this collapse of UST and Terra Luna has greatly shaken confidence in the overall market. As a result, people are increasingly deciding to sell.

The more people sell, the less valuable Bitcoin becomes? It would be interesting to understand how the price of cryptocurrencies works.

But price changes in cryptos are not only dependent on speculation. Significant events can take place, driving the price up or down. For example, when a cryptocurrency is introduced on a new mainstream exchange, new buyers will be able to acquire that crypto, and thus its price increases. Conversely, when a hack on a cryptocurrency takes place, its price falls.

The result of an event on the price of an asset reflects the confidence that investors have in it, as we have already seen above in the case of Terra Luna and UST. Or another events such as the US stock market or inflation or the historical highs and lows of Bitcoin.

A link to the U.S. stock market?

On May 9, Bitcoin fell below $30,000. A first since July 2021 that marks the end of a carefree period for the cryptocurrency, and indicates a correlation between its value and major stock market indices.

The dollar is thus more than ever the queen currency, facing this digital currency that dared to challenge it. It appears, in fact, that bitcoin is far from being a crisis-proof asset. It is not like a reserve currency as its promoters claim. On the contrary, it is a risky and speculative asset. As the close correlation with American tech proves. The Nasdaq has lost 26% since January 1 and bitcoin 30%.

Traditional Wall Street investors have reconnected cryptocurrencies to the financial markets. Indeed, as traditional investors from Wall Street have come, this has mechanically “reconnected” cryptocurrencies to the financial markets. The consequence is also that their regulation now seems inevitable, if we want to avoid systemic crises, as with the subprimes. In short, this is not the end of bitcoin, of course, but it is the end of recklessness.

Inflation is also pointed out

For several years now, cryptocurrencies have been gradually adding to the portfolios of major banks and investment funds, which trade them like stocks on the stock market. But when the economy shows worrying signals, investors tend to turn to safe havens, says the specialized site Forbes Advisor.

This is what is happening now, as the U.S. central bank has just raised interest rates by 0.5% to combat rampant inflation in the United States – the first time this has happened since 2000. The stock markets are struggling to return to their pre-war levels in Ukraine and, at the same time, the cryptocurrency market does not offer enough security in the eyes of players who want to invest their capital. This explains part of the sales of digital currencies in recent days, causing their value to fall.

A history of rises and falls

Bitcoin has behaved cyclically since its inception, with periods of strong increases always followed by equally strong decreases. These cycles, however, followed certain rules.

Finally, it should be remembered that the cryptocurrency market has always experienced major variations, without necessarily following a cyclical logic.

In May 2021, after having increased fivefold in value in just six months, Bitcoin, for example, experienced a 30% drop, before gradually rising again to reach the record value of $68,500 on November 9, 2021.

This behavior could be also observed during the 2013/2014 cycle and in November 2017. In the previous cycle, bitcoin reached a new high at $19,497 – a resistance level above which bitcoin should have stayed, according to analysis.

But in dropping to $17,744 on June 18, the crypto asset briefly broke out of the pattern, as CoinDesk noted. Bitcoin has since rebounded, however, with one bitcoin trading around $20,000 on June 20.

Does this week’s decline presage a new surge? No analyst is venturing to answer that question at the moment. And while this extreme instability may frighten investors, it also fascinates many curious people, even if they are not involved in finance.

But Bitcoin remains an opportunity for others

Abigail Johnson, president and CEO of Fidelity Investments, arguably one of the most committed institutional players in cryptocurrency spoke yesterday at Coindesk’s Consensus 2022 event in Austin, Texas, reiterating her positive long-term belief in cryptocurrencies.

I figure this is my third crypto winter. There have been a lot of ups and downs, but I see this as an opportunity, she said of the bear market.

I was raised to be a contrarian thinker and so I have this gut reaction: If you think the fundamentals of a long-term business are really strong, when everyone else is taking a dive, it’s time to double down and go all in.

Recall that Fidelity was one of the first major institutional players to deal directly with crypto, with Bitcoin custody services. More recently, Fidelity began offering exposure to bitcoin for its clients’ 401 (k) retirement plans, which has not failed to raise concerns and strong reactions.

I never thought we would have received this much attention for bringing a little bitcoin to a little bit of 401 (k) activity,” she said of the move, adding, “A lot of people now, that they’ve heard about it, have asked about it, so I’ve been happily surprised by the amount of positive feedback we’ve received about it.

Recall that this decision to allow crypto exposure in the more than 20 million retirement plans it manages was met with immediate reluctance from the U.S. Department of Labor as well as Senator Elizabeth Warren (D-Mass), who pointed to risks regarding volatility.

Seeing some of the regulators try to address this issue is very encouraging and exciting for us. Because if they don’t give us a pathway to make some of these connections, then it’s really hard for us in the background to be able to give the impression that everything is transparent.

At the time of writing this article, Bitcoin is around 21500 dollars. Will the price finally rise or is it just a bull trap? However, for Sam Bakman-Fried, the boss of FTX, and Mike Novogratz, the boss of Galaxy Digital, the famous “crypto winter” following the two crypto-crashes of the last few months may be coming to an end.
What do you think about it?