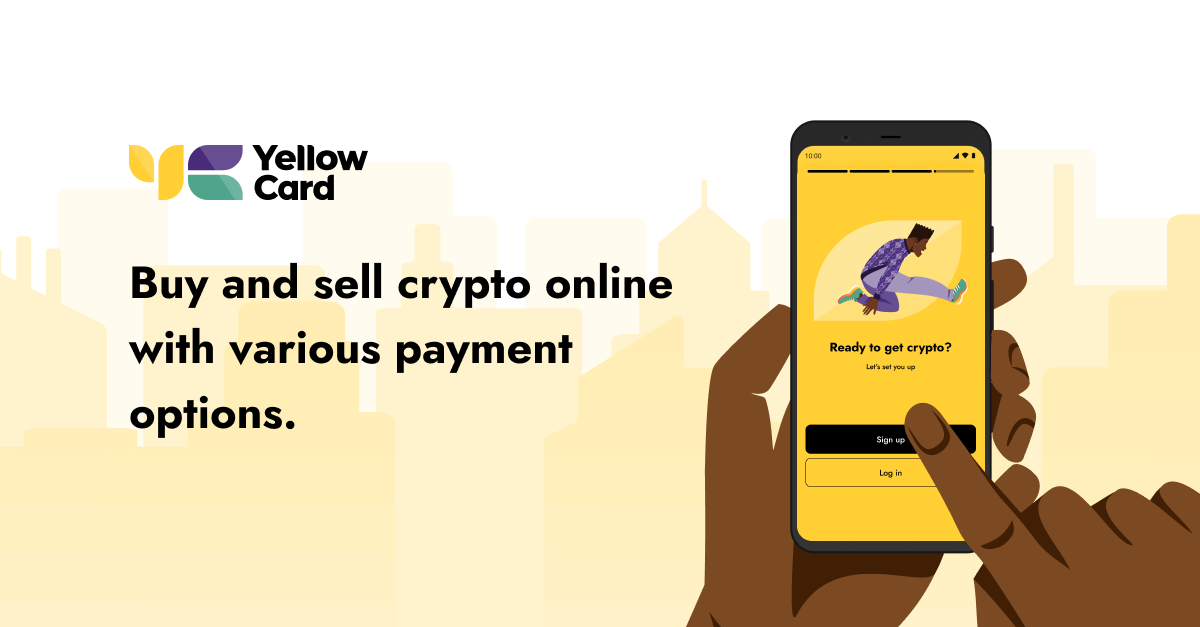 Yellow Card is a Nigeria-based pan-African crypto-exchange platform offering its services in Africa. It has just raised $40 million.

It seems that digital currencies are becoming more and more popular in Africa. The value of payments via these currencies has exploded between 2020 and 2021. Many players in the sector are already positioning themselves to take advantage of the growing opportunities. Like the case of Yellow card which is currently attracting a lot of interest in Africa.

Yellow Card offers a service for buying, selling and exchanging cryptos, including Bitcoin, in some 20 countries in Africa. The company boasts of offering a multitude of payment methods, including cash with physical cards sold in stores. It recently announced that it has surpassed one million registered users on its platform.

In a statement on September 13, Yellow Card Financial, the continent’s fastest-growing crypto company, celebrated surpassing the one million customer threshold in just three years. In fact, the crypto-exchange platform reached 1 million customers in March 2022 and continues to roll out in other countries.

Since its launch in Nigeria in 2019, Yellow Card has dedicated its efforts to bringing financial inclusion and freedom to all Africans. As a result, it has expanded to four new African territories, bringing its active presence to 16 countries in total.

“Reaching the goal of one million customers is fantastic. It was a huge goal we set for ourselves and the team rallied to achieve it. While the journey has not been easy, it has been very rewarding.
It reassures us that we are on the right track based on the appreciation of our customers and the answers we provide to their needs. Over a million people have trusted Yellow Card, and now it’s our turn to show them why Yellow Card is the best platform for buying cryptocurrency in Africa.

According to a statement, Yellow Card will use this new funding, which brings the total funds raised by the platform to $56 million since its inception, to accelerate its development on the African continent.

Chris Maurice, CEO and co-founder of Yellow Card, says the increase is the result of hard work toward a common goal.

“Over the past three years, our team has worked tirelessly to make this technology accessible to all and create a world-class product. This fundraising, given the current market, not only shows the resilience of our team, but also reiterates the appetite for crypto as well as its necessity in Africa,” said Chris.