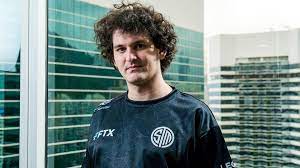 FTX founder Mr. Bankman-Fried’s personal fortune is estimated to be close to $25 billion; he is keen to donate 99% of his wealth at the age of 30.

“It’s not just about how to do good deeds while you’re alive, but what to focus on”; That’s the motto of Sam Bamkman-Fried who earns hundreds of thousands of dollars.

He doesn’t have a bed, drives an ordinary Toyota Corolla and entertains himself by playing on his computer. This is far from the portrait and the look of a billionaire as we imagine it in the collective imagination.

Yet, at not even 30 years old, he is the founder and CEO of FTX, a trading platform that has quickly established itself as a quality exchange for crypto-investors.

The son of two law professors at the prestigious Stanford University, located in the heart of California’s Silicon Valley, Bankman-Fried was born in 1992.

From 2010 to 2014, Bankman-Fried attended the Massachusetts Institute of Technology, where he lived in a co-ed household called Epsilon Theta.

From a young age, Sam Bankman-Fried and his brother Gabe were taught utilitarianism by their father. This doctrine, theorized by Jeremy Bentham, aims to maximize the well-being of all sentient beings. It advocates “the greatest happiness of the greatest number”. But the real revelation, the one that gave meaning to his life, was the discovery of effective altruism during his second year of study at MIT.

After graduation, he was able to put his mathematical skills to use by working at a quantitative trading firm, James Street Capital. The unique thing about quant trading is that it relies on computer algorithms to make trades in the market. So it requires talent to create successful models.

In 2017, Sam Bankman-Fried decided that working for a company was not for him and decided to leave James Street Capital. That’s when he came up with the idea to start his own trading and liquidity provider company, Alameda Research.

During his time on Wall Street, he traded all kinds of assets and designed an automated OTC trading system.

There, he observed large price variations between the different exchange platforms and took advantage of them by buying and reselling digital assets at very high frequency.

“At the beginning of 2018, there was a 5% to 25% spread between US and Japanese exchanges,” he recounts. “There was a gigantic demand for cryptocurrencies from Japan and not enough market makers to support the supply,” making Japanese prices higher.

Understanding the arcana of finance gives rise to a regenerative intuition in him. Before he made the crypto headlines, he invested as director of development at the “Center for Effective Altruism”, and donated half of the gains he accumulated during his time on the stock market.

With the experience he gained through his company Alameda Research, he realized that the cryptocurrency market was a promising area and had many similarities with the traditional financial markets. However, there were few platforms that allowed for proper trading of this new asset class.

In 2019, as a logical next step, the FTX trading platform came along. FTX is now in the Top 5 most used platforms by crypto-investors (January 2022), not even two years after its arrival on the market.

I’m not just an another billionaire…..

Mr. Bankman-Fried now resides in the Bahamas, where taxes are almost nil, and has moved the headquarters of his platform there. He justifies his location by the fact that it is “one of the few countries with a comprehensive licensing regime for cryptocurrencies.”

Despite his billions, Mr. Bankman-Fried is different from other billionaires; he claims to live a Spartan lifestyle, to sleep only four hours a night and to have no intention of starting a family.

Sam Bankman-Fried says he is morally close to utilitarianism, an ethical doctrine that prescribes acting, or not acting, for the collective welfare. He speaks on a Forbes video :

Doing as much good as possible in the world

My goal is to do as much good as possible in the world. The people I respect the most are the ones who take action to fight the problems in our society. Another way to make an impact is to fund those causes and that’s what I did. I got into finance first to try to maximize the amount of money I can give to the most effective policies.

The question is not just how to do good deeds while you’re alive, but what to focus on, explains the young man, who has pledged to give away almost all of the fortune he will have accumulated.

He estimates that he has already donated between 50 and 100 million dollars to causes such as the fight for animal welfare (he himself is vegan), against neglected tropical diseases or against global warming.

In 2022, he wants to donate one billion. Specifically, after accumulating nearly $25 billion over the years in the cryptocurrency world, American multi-billionaire Sam Bankman-Fried has pledged to give away almost his entire fortune.

The 29-year-old made the promise during a hearing in front of U.S. senators on Wednesday, February 09, 2022. The purpose of the hearing was to allow members of the upper house of the US Congress, to trade on the cryptocurrency exchange platform co-founded by Sam Bankman-Fried, FTX.

The aim of this ideology is to use one’s money and time in such a way as to improve the lives of as many people as possible. A kind of search for the best possible philanthropy. For San Bankman-Frieds, this translates primarily into giving away a lot of money.