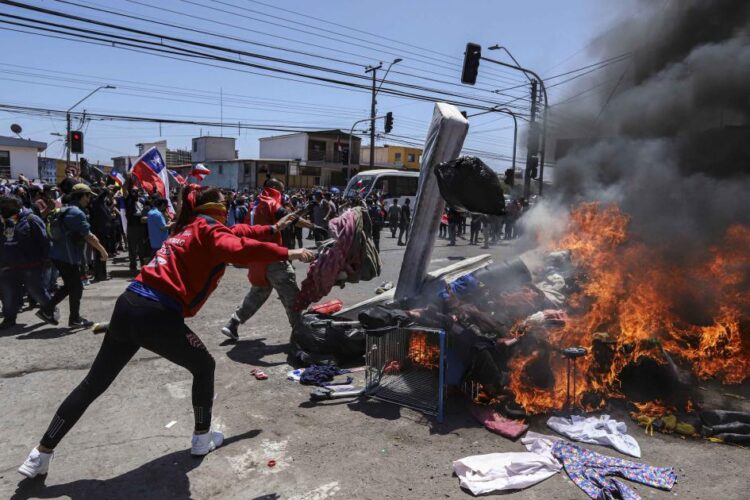 Chile’s population is turning to cryptocurrency in droves as the country records problems in its economy. Along with Argentina, another country that has seen a large adoption of bitcoin due to the crisis. The case may show that Latin America has seen the sense of alternative currencies to its own central banks.

The country’s population had already followed the evolution of technology in recent years. In 2019, for example, Chile’s finance minister indicated that cryptocurrencies and fintechs would soon be regulated..

In 2021, a Chilean senator announced that he had bought bitcoin for his retirement, indicating that in the country’s political class, the news has arrived.

In addition, a Chilean presidential candidate called for caution with bitcoin, although he acknowledged that mining would perform well in the country.

Even with the falling price of cryptocurrencies, the situation of some countries’ economies is even worse and more uncertain than the future of decentralized digital currencies.

According to Coindesk, which spoke with the CEO of a Chilean crypto-exchange, there has been a sharp increase in the volume of stablecoin trading, indicating that the local population is transacting using the Chilean peso (CLP).

After years of a stable economy, the local currency is beginning to lose its strength and in June the peso reached the lowest dollar rate ever recorded. In addition, inflation has skyrocketed in Chile, indicating that the situation is serious.

During the second quarter of 2022, exchange officials told the report that there was at least a 50 percent increase in stable currency trading, primarily USDC and USDT.

These USD-matched currencies simply do not outpace euro transactions in volume. Bitcoin and Ethereum which remain in the lead in the country.

The last time Chile’s constitution was amended was in the 1980s, when the country was still under the dictatorial regime of Augusto Pinochet.

But in September 2022, the local population might approve a new constitution, which has generated uncertainty in the local economy. Thus, many Chileans rushed to banks to open international accounts, but the bureaucracy of these institutions leads many of them to cryptocurrencies, being a way out of the local currency.

It is worth remembering that the reality in Chile regarding cryptocurrencies is somewhat similar, with national exchanges pushing for regulations and with several legal disputes against banks. In addition, the local government is exploring the launch of a CBDC digital currency in the near future.