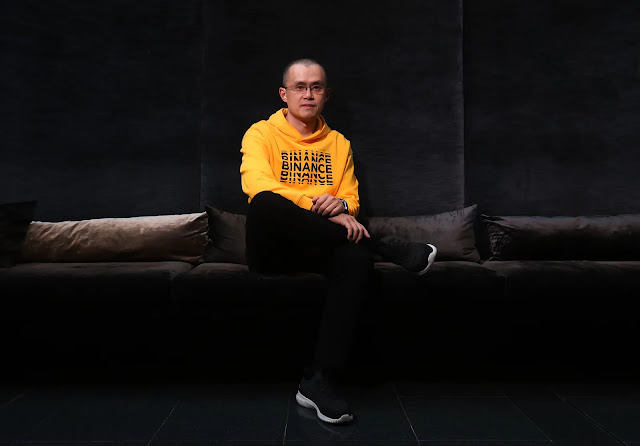 Who doesn’t know Changpeng Zhao, the famous founder of Binance, the leader of the cryptocurrency market.

Besides being a very smart person, Changpeng Zhao keeps showing his will and ambition to revolutionize the crypto market, as well as the whole blockchain industry.

Zhao was born on September 10, 1977 in the Chinese province of Jiangsu. In 1980, the Zhao family left China following the movements known as the Tiananmen Square protests, which are mainly led by students, intellectuals and workers, and aim to denounce corruption and reform the country for more individual rights.

His parents, both teachers and described as “pro-bourgeois intellectuals”, were forced to move to Canada and settle in Vancouver, British Columbia.

In Vancouver, Zhao grew up, went to school and studied at the University of Montreal in the Faculty of Computer Science, while working part-time at McDonalds to help his parents. During his studies, Changpeng Zhao learned about stock market trading, which would determine his future.

After graduating from college, Zhao took an internship in Tokyo, where he worked for a subcontractor of the Tokyo Stock Exchange, developing software to match trading orders. He then worked full-time for four years at Bloomberg Tradebook, where he was a software developer for trading platforms.

To become the market leader

In 2013, after eight years of activity within his project, Changpeng Zhao discovered Bitcoin, the crypto currency. It was from this moment that he decided to focus in this field, attending many conferences and events about it and getting acquainted with several well-known personalities such as Roger Ver, one of the first promoters of bitcoin, or Ben Reeves.
Starting in 2013, he worked for various crypto-currency projects, including Blockchain.info, and also briefly held the position of CTO of OKCoin. In 2014, he sold his Shanghai apartment for about $1 million to buy more Bitcoin.
It was in July 2017, during the “bull run” period when many crypto currencies were launched via ICOs (Initial Coin Offering), that Changpeng Zhao launched his own crypto currency exchange called Binance. He left BijieTech and populated the top ranks of Binance with senior developers and engineers from BijieTech.
Binance raised over $15 million in the sale of 200 million tokens. The platform is quickly becoming known and reputable around the world, especially because of the security, reliability, and innovative features it offers to its users.
In February 2018, Forbes magazine placed CZ third on its list of “Richest People in Cryptocurrencies,” with an estimated $1.1 billion to $2 billion.

But I am very discreet…

This was the story of the billionaire Changpeng Zhao; a 44 years old man, measuring 1,73 very visionary and dedicated but also very discreet. Although he often shares news on social networks, especially on Twitter, he has never revealed his private life.
However, Changpeng Zhao is considered to be a married man despite the fact that he has not made public any information about his wife. According to a close friend, his wife is a private person and does not want to face the pressure and tension as received by her husband.
According to Forbes, Changpeng Zhao has the 5ᵉ largest fortune among the “Crypto Rich” in 2021, located between the famous Michael Saylor and the two brothers Tyler & Cameron Winklevoss. As for the global ranking, CZ is in 1664ᵉ place, with a current estimated fortune of $1.9 billion.
You will be updated as soon as there is enough information about his wife.