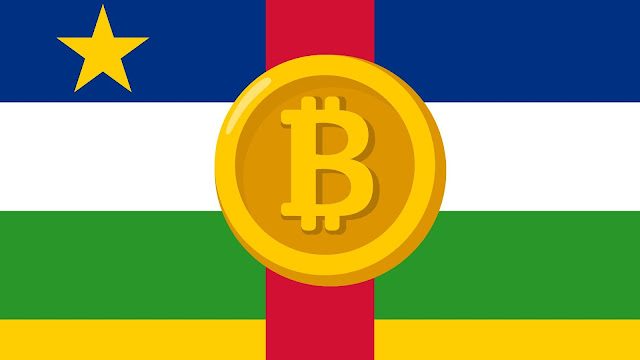 President of the Central African Republic Faustin-Archange Touadéra, on June 27, announced the launch date of the country’s crypto hub “Sango”.

In April, the Central African Republic became the second country in the world to adopt Bitcoin as an official currency, after passing a cryptocurrency law. Despite reservations from BEAC and the IMF, the country seems determined to pursue its digital currency project.

Despite the massive sales in recent times, the president has continued to show his support for Bitcoin.The crypto hub will go live on July 3 at a conference held to mark its launch.

To improve the country’s economy

In an official statement released with the tweet, the president said Sango would pave the way for the tokenization of the country’s resources and improve the economy.

The announcement comes two months after the country surprisingly announced the adoption of Bitcoin as an official currency alongside the FCFA, after passing a law regulating the use of cryptocurrencies in the country. While Bangui says it wants to take advantage of the opportunities the technology offers to “quickly build a successful economy,” the project is dividing opinion within CEMAC.

According to details on the project’s website, investors would be able to fund mining projects and invest in the country’s resources.

Building the first legal crypto hub in the heart of Africa will enhance the crypto experience by taking Bitcoin adoption to the next level, potentially bringing the world’s least conventional space.

First unveiled in May, the project essentially aims to make CAR an international cryptocurrency investment and development hub. It includes the establishment of a “zero tax” system, the creation of a dedicated blockchain marketplace, the construction of a “crypto island” and the facilitation of investments in the country’s natural resources such as gold and diamonds.

Similarly, mining companies can issue digital tokens backed by assets such as gold or other materials to raise funds and manage their operations.

The launch will also see the creation of a National Agency for the Regulation of Electronic Transactions and a national digital bank.

However, the project’s website has drawn criticism, with one user calling the information on bitcoin wrong.

With #Bitcoin as #legaltender & inspiration, our country opens a new chapter in its inspiring journey towards a brighter future via #blockchain #tech.
Everyone is welcome to witness the Sango Genesis Event that will be broadcast on the 3rd of July, on https://t.co/LIQiKGhcBS. pic.twitter.com/7u6knv5f6w

To create a revenue stream via the hub

Africa has actually seen a rise in digital assets as a result of the continent’s growing interest in cryptocurrencies. Numerous African countries, including Cameroon, the Democratic Republic of Congo and the Republic of Congo, revealed in April their goals to use heap blockchain as a crypto and blockchain for future economic growth.

Despite its large deposit of mineral resources and small population, Central African Republic is one of the poorest countries in the world. This poverty is the result of a lack of infrastructure, slow development and weak institutions.

The ongoing civil war has also caused a decline in international interest in the country’s resources. Causing its GDP to drop during the year to $2.3 billion after peaking at $2.5 billion in 2012.

In a June 2 tweet, CAR’s president said the next line of action is democratization and tokenization of resources. Clearly, the government plans to generate interest in the country’s mineral resources and create a revenue stream via the hub.

The country has been criticized for adopting Bitcoin as its legal tender. However, the president has argued that the adoption could spur growth and development in the country.