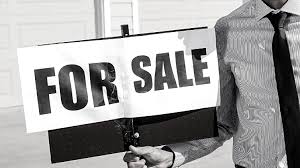 Struggling crypto lending firm Celsius has set a deadline for bids in the auction of its assets.

Celsius Network had filed for bankruptcy following arguably the largest network collapse in crypto history. The lending platform had been caught in the crossfire and further reports showed that it had a $1.2 billion hole in its balance sheet. The company, which is facing bankruptcy proceedings in the U.S. Bankruptcy Court for the Southern District of New York, has now announced a final offer date for its assets.

According to a document released by the U.S. Bankruptcy Court for the Southern District of New York and spotted by Bloomberg, entities interested in getting their hands on Celsius’ assets have until October 17 to submit their bids. It is further reported that an auction could be held on October 20, if necessary.

Celsius is among the crypto companies that have failed to weather the market price collapse and the crash of the Terra ecosystem.

In mid-June, the platform began to falter, suspending withdrawals and transactions. The crypto-lender, indebted to numerous creditors, finally declared bankruptcy a month later with the ambition to restructure. In late September, its CEO Alex Mashinsky resigned.