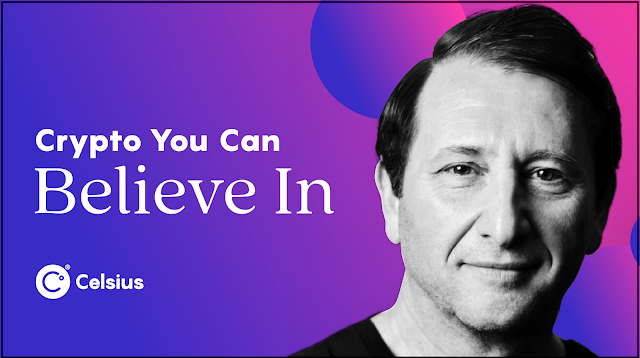 Celsius employees are focused and working hard with the goal of stabilizing liquidity, all reports that Celsius’ CEO has attempted to leave the United States are fake.

Image Source : The times of Israel

Founded in 2017 by Alex Mashinsky, Celsius Network is a cryptocurrency funding and credit platform or “peer-to-peer” lending company. based in London, UK. Since its inception, the company has expanded and currently has offices in New Jersey, Tel Aviv and New York. Celsius claims nearly 1.5 million users on its platform.

Alex Mashinsky is one of the inventors of VOIP (Voice Over Internet Protocol) with a founding patent in 1994 and is now working on MOIP (Money Over Internet Protocol) technology. Alex has been granted over 35 patents related to exchanges, VOIP protocols, messaging and communication. As a serial entrepreneur and founder of seven New York-based startups, Alex has raised over $1 billion and exited over $1 billion… ad exchanges, Twitter, Skype, App Store, Netflix streaming concept and many other popular web companies.

Celsius Network allows users to become borrowers and gain quick access to trust funds by pledging their crypto ELC as collateral, while paying minimal interest. For lenders, on the other hand, the platform offers profits on the interest rates of the securities they have deposited on their Celsius Network wallet.

There are many cryptocurrencies available on the platform, which gives the investor a wide range of choices to determine his strategy and generate profits.

On the Celsius platform, it is possible to:

Alex Mashinsky, the creator of the Celsius crypto, was able to explain that the Celsius model is designed to bring opportunities to users before profiting from them, exactly the opposite of how current banks operate.
The concept is simple, 80% of sales to the community are given back to customers so they can afford the high returns they deserve. The remaining 20% will provide funds to expand the community, thus evolving the services to build a new sustainable financial and banking system. Indeed, the platform offers customers services that are not available in traditional institutions. The goal is therefore to act as a financial disruptor on a global scale by providing services that will connect people through cryptocurrency.
Celsius is a regulated platform. The company that runs it is registered and audited by several financial authorities in North America and Europe, including FinCEN.
Celsius Network is a company that was registered as a Money Services Business in the United States on June 18, 2021. This entails stringent anti-money laundering (AML) controls that apply to all users of its platform. The company states on its website that Celsius complies with established AML rules “very seriously.”

Celsius Network has been going through financial difficulties for several weeks, which is why it announced a freeze on withdrawals and the impossibility of making fund transfers.
On June 13, 2022, the platform announced the suspension of all withdrawals, transfers and swaps of crypto currencies between accounts, due to “extreme market conditions”. In total, nearly 1.7 million customers and several billion dollars of assets under management are affected.
According to initial information, this decision was taken with a view to stabilizing the liquidity and operations of the protocol, while “preserving and protecting the assets” of users. However, it is stated that this will in no way prevent customers from accumulating rewards during this “pause”.
According to their official statement, Celsius has “activated a terms of use clause” that would justify the implementation of this extreme process. Furthermore, this announcement caused a violent drop in the price of Celsius’ $CEL cryptocurrency. Indeed, the token went from $0.365 to $0.090 in the space of just 30 short minutes, a drop of about 70%.
Despite the company’s best efforts to try and recover, there are plenty of detractors and it’s clear that the situation is not getting any better.

Indeed, according to Mike Alfred‘s tweets, the Celsius CEO was arrested at the Morristown airport as he was preparing to leave his country to travel to Israel.
Mike Alfred, an influential cryptocurrency analyst, tweeted:

Alex Mashinsky attempted to leave the country this week via Morristown airport but was arrested by authorities. It is not yet known if he was arrested or simply prevented from leaving. Please contact me if you have any further information on this matter.

The thing that I keep thinking is that Mashinsky has almost certainly been contacted by the FBI already. He may have even been picked up, questioned, and released. There is enough here that the Feds will want to examine.

Alfred explains in a THREAD that Alex Mashinsky, CEO of Celsius, lied to the platform’s users about the safety of their funds and that since then he had not been heard from except to say that the matter was now “in the hands of the lawyers, for better or for worse.”

According to Alfred, Alex’s goal may has been to abandon Celsius Network and move overseas.

But Celsius said all reports that Mashinksky attempted to leave the United States are fake?

In a statement sent to several news sites, Celsius said that “all employees, including our CEO, are focused and working hard to try to stabilize cash flow and operations.”

A Celsius spokesman denied rumors that the company’s CEO attempted to flee the U.S. last week amid the ongoing liquidity crisis at the Celsius network.

The representative told Monday to that the company was continuing to work on restoring liquidity, stating:

All Celsius employees, including our CEO, are focused and working hard with the goal of stabilizing liquidity and operations. To that end, all reports that Celsius’ CEO has attempted to leave the United States are false.

On the bright side, the company has begun to pay back its customers to regain cash and reopen withdrawals. According to reports, Celsius has repaid the Compound Finance interest-based DeFi service with $10 million of stablecoin DAI. However, Celsius is not the only crypto company that is under market pressure.