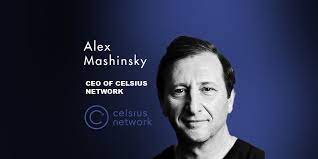 Celsius Network founder and former CEO Alex Mashinsky reportedly withdrew $10 million from the cryptocurrency lending platform. He did it just weeks before the company froze customer funds and declared bankruptcy.

Celsius was a popular crypto-lending platform with 1.7 million customers and $25 billion in assets under management. However, due to crypto winter market conditions, it has ultimately led the company to a $2.85 billion gap in its balance sheet.

Back in June, Celsius announced it was “temporarily” suspending withdrawals and services on its platform. The firm then declared bankruptcy a month later. Since then, Celsius is preparing a restructuring plan to avoid liquidation.

On Sunday, the FT had withdrawn the sum of 10 million dollars from the company’s accounts in May 2022, about 1 month before the freeze on withdrawals.

This transaction raises questions about when Mashinsky knew that Celsius would not be able to return the assets to its clients, the U.S. daily believes. The details will be submitted by the company to the court shortly. Just before suspending its services, the crypto lender had said it could process all of its users’ requests.

A representative for the former CEO said Mashinsky still had the equivalent of $44 million in digital assets frozen on Celsius even after the May withdrawals, which he allegedly “voluntarily disclosed” in the bankruptcy proceedings.

Approximately $8 million of the withdrawn assets were used to pay income taxes from the return on the assets produced, and the remaining $2 million consisted of the platform’s native CEL token.

Mashinsky could be forced to return the funds, however. “Under U.S. law, payments made by a company in the 90 days prior to its bankruptcy can be recovered for the benefit of all creditors,” the FT explained.