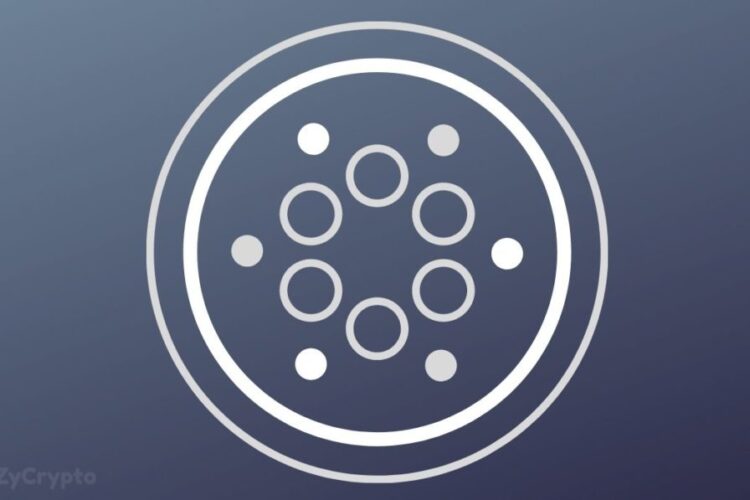 ADA is recently gaining momentum as it goes further up the ‘Top 10’ list of largest cryptocurrencies. The asset lost its position as the 7th largest digital asset when BUSD’s valuation surged past its market cap days ago. This occurred when the markets saw a sudden dip that impacted the price of ADA.

Nonetheless, ADA reclaimed its 7th position following a price surge as the markets picked up. The asset has not stopped there, as it has now flipped XRP to become the 6th largest cryptocurrency. This comes as the asset’s price surged past the $0.55 resistance zone.

The market capitalization of Cardano (ADA) reached $19.1B on Saturday. This is the highest the asset’s valuation has reached in two months. The last was June 11, when its valuation dipped with failing markets. The asset’s market cap has not crossed the $19B mark until now.

This milestone has pushed ADA past (XRP) on the top cryptocurrencies list by market cap, which had a valuation of $18.68B. ADA’s market cap has since then slightly dipped below $19B, but the asset has retained the 6th spot.

With a current valuation of $18.86B at the time of reporting, ADA keeps its lead above XRP. Both assets have seen an impedance to their respective rallies, which was expected. The recent bull market rally brought the crypto market back on its feet, with BTC and ETH reaching new peaks.

The surge in Cardano’s market valuation was directly influenced by the increase in the asset’s price, as triggered by the recent rally. ADA successfully broke the $0.55 resistance level after trading below it for over two months.

The asset saw multiple rejections as it attempted to break the $0.50 resistance from mid-June to early July. Several relief rallies propelled the asset’s value up, but each attempt met opposition at the $0.50 level. It was not until late July that ADA began trading comfortably above the half-a-dollar price.

August further solidified its position above this zone as the asset set its eyes on conquering the $0.55 resistance. With $0.50 as its new support, ADA’s next campaign had been fruitless since August 5. Despite the improving markets in August, the asset never touched $0.55—until recently. The recent relief rally took ADA to $0.56 before the asset slightly dropped to $0.558.

At the time of writing, ADA currently trades at $0.557. Should the bulls push the markets further up, ADA’s value could move above the $0.65 resistance as the asset has partly solidified its position above this level.