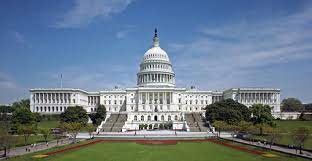 The bill proposes to free small-scale bitcoin purchases from taxation. Bitcoin exchanges would register with the Commodity Futures Trading Commission.

The long-awaited bipartisan bill to regulate bitcoin (BTC) and cryptocurrencies in the United States, by U.S. Senators Cynthia Lummis and Kirsten Gillibrand, has come out this June 7.

The proposal proposes the establishment of a new federal law for stablecoins, taxes on small-scale payments and regulators’ jurisdictions, trying to propitiate the advancement of the ecosystem within a legal framework.

One of the highlights of the so-called “Responsible Financial Innovation Act”, or Lummis-Gillibrand Act, is that it proposes to exempt from taxation purchases of goods and services made with bitcoin up to USD 200.

This provision, as stated in the document, would be made in order to encourage the use of digital assets as a means of payment in the United States. This would pave the way for the recognition of bitcoin as a currency.

The 69-page text, which has already been submitted to the US Senate for review, also defines a legal framework with a series of concepts to differentiate which digital assets are commodities and which are securities, according to Bitcoin Magazine.

To this end, a review is made of the elements described in the “Howey test”, a mechanism according to which the qualities of an asset are evaluated in order to classify it as security or not.

To that end, the proposal divides the regulatory and supervisory functions of the industry between the U.S. Securities and Exchange Commission (SEC) and the Commodity Futures Trading Commission (CFTC).

The CFTC would have exclusive jurisdiction over all digital assets classified as commodities subject to trading. To this end, exchanges would register with the CFTC to conduct trading activities and comply with rules to be established for custody, customer protection, prevention of market manipulation and information sharing.

While the SEC would be in charge of regulating digital assets classified as securities.

In cryptocurrency mining, a study on energy consumption is required to determine the best ways to encourage innovation and ensure that the sector operates in line with climate objectives. It aims for the deployment of more renewable energy sources and clean energy, as well as the reduction of energy waste.

The Lummis proposal is presented as a starting point for a dialogue, and debate on its approaches will be occurring in phases as it moves through congressional committees. The fruits of the discussions will most likely be known in approximately 2023.

Criticized by other lawmakers?

Senator Lummis has been working on this bill to regulate cryptocurrencies for several months now. One of the first moments when some aspects of the project became known was when the Infrastructure Act was passed in the U.S. Congress in 2021.

The senator, together with other U.S. legislators, considered that this regulation, which was promoted for tax collection purposes and which includes the Bitcoin ecosystem, harms the industry. One of the points assessed as negative is the fact that it defines miners as “brokers” (and would tax them as such) even those who do not perform this function, including miners, node brokers and developers.

The bill was criticized by Lummis and other lawmakers, especially pro-bitcoin ones. This prompted the senator to prepare the present law, with which she intends to correct the elements of the Infrastructure Act that harm the cryptocurrency industry.