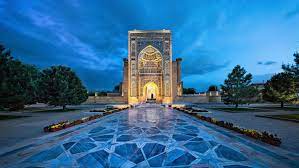 Uzbek President Shavkat Mirziyoyev signed a new decree expanding the regulatory framework for bitcoin (BTC) and other cryptocurrencies in the Central Asian country. Its stated goal is to further develop digital technologies, create favorable conditions for startups and improve legislation for the development of the cryptoasset industry.

By presidential order, the National Agency for Prospective Projects (NAPP) will become the main watchdog for the country’s cryptocurrency industry. The agency is now tasked with implementing state policy around the cryptoasset economy and will also ensure that users’ rights are protected, as reported on its website.

The decree states that as of January 1, 2023, citizens and businesses in Uzbekistan will be able to buy, sell and exchange bitcoin and other cryptocurrencies through regulated service providers.

In that sense, the presidential order indicates that cryptocurrency exchanges, bitcoin mining pools and other providers will have to register as local companies. To operate in the country they will also be required to obtain mining licenses or certificates issued by the government agency.

Bitcoin mining farms that do not have permission to operate will be considered illegal and are therefore prohibited from conducting their activities on Uzbek territory. Meanwhile, digital mining companies that are permitted will pay a higher electricity tariff during peak consumption hours.

As reported by the government, the country will provide tax exemptions to startups participating in a new regulatory sandbox that the NAPP will establish to oversee cryptocurrency projects wishing to operate in the country. Likewise, they will be exempt from other obligations such as customs payments for imported hardware and software.

Bitcoin as part of the economic and digital transformation agenda.

The regulation of bitcoin is seen by the government of Uzbekistan as part of its strategy to accelerate socioeconomic development and improve the quality of life of the population. Its efforts are focused on “becoming one of the leading countries in the field of creating a favorable environment for the introduction of innovative digital solutions,” its official statement says.