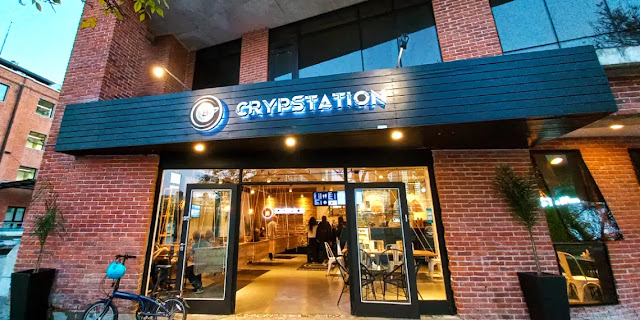 Argentina’s first “crypto cafe” is inaugurated in Puerto Madero, which will host crypto events supported by the UCA and even have its own space in the metaverse.

On April 29, a new specialty coffee shop will be inaugurated in Puerto Madero, but different from any known in Argentina .

The world of cryptocurrencies is growing by leaps and bounds, as evidenced by the new cafe that has opened in Puerto Madero, Buenos Aires. It is CrypStation, a gastronomic space where you can pay with more than 10 cryptocurrencies and will have a space in the metaverse.

CrypStation is the first café in Puerto Madero that allows you to pay in bitcoin (BTC) and other crypto-currencies. Payments in BTC are made through the P2P Lightning network. The cafe is located in one of the iconic brick buildings in front of the dam, owned by the Universidad Católica Argentina (UCA), specifically at 1385 Juan Manuel Gorriti Street.

CrypStation also offers advice for those who want to buy their first cryptocurrencies, courses and events about the world of cryptocurrencies, as well as access to the metaverse. The space is open to the public, and is designed to encourage networking and meet other entrepreneursas stated in a release.

The idea came from four Argentine entrepreneurs who founded CrypGroup: Jorge Molinasppecialist in finance, Mauro Liberman master in blockchain and metaverse, Ezekiel Fernandezspecialist in development and Pablo D’Alessandro, with an important trajectory in the world of gastronomy and franchising. For years, they have all been working on different projects related to cryptocurrencies.

Mauro Liberman admitted that coffee is actually an “excuse” to “create bridges between the traditional economy and the crypto world.” This could be like any other product or service, he believes, as he believes that the adoption of cryptocurrencies will become more widespread among businesses and individuals.

As an investor with more than five years of experience in bitcoin trading, he decided to capitalize on his knowledge in this project that is not only gastronomic.

It will also be the first “crypto cafe” to have its own space in the metaverse, hand in hand with Metaverse of the Xave world. It is a three-dimensional and immersive virtual environment where people interact with each other using different avatars. In short, the experience of CryptoStation in the virtual world, without limits of borders and schedules.

In addition, it is possible to pay in BTC through Lightning Networks, a second-level peer-to-peer (P2P) network. It is also possible to pay by other conventional methods.

The co-founder clarified that payments in cryptocurrencies can only be made from personal wallets, i.e. without going through centralized exchanges. This is because these platforms do not allow payments, but exchanges. In this regard, he said it is important that users learn the importance of storing their funds in self-deposited wallets outside of exchanges.

An ATM by Athena

As for the facilities, the place has an area of tables with hanging chairs and a screen where you can see live quotes of cryptocurrencies. This also reveals the latest news from the ecosystem. 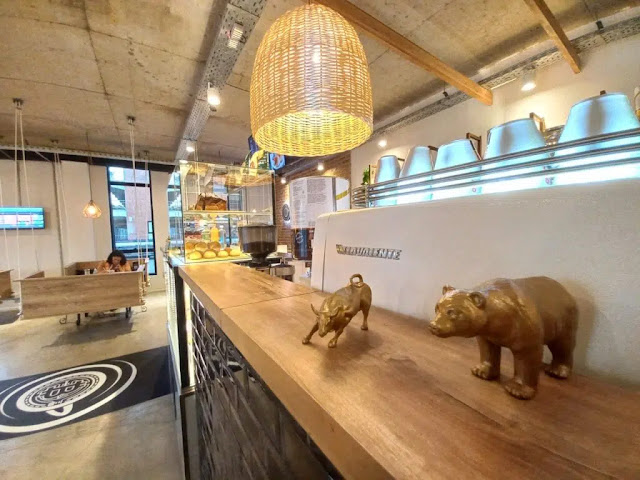 The space will have an ATM to work with the cryptocurrencies provided by Athena. In addition to operating as any bar, open to the public.This machine is the 11th installed by the company in Buenos Aires, which allows interested parties to exchange cash for crypto-currency and vice versa.

The initiative was supported by the UCA, which shows that bitcoin as a currency and investment is gaining more and more ground in universities. Not only in the private sector, but also in public universities.

This is demonstrated by the University of Buenos Aires (UBA), which recently held a conference on crypto-currencies at the Faculty of Economics.

In Argentina, the use of cryptocurrencies is growing rapidly. So much so that according to Blockchain Analysis, the Blockchain data platform, 12 out of every 100 adults have already invested in crypto, double that of Brazil or Chile. In addition, the country ranks ninth globally in terms of crypto currency adoption, and the local market is estimated to move $ 68.8 billion.