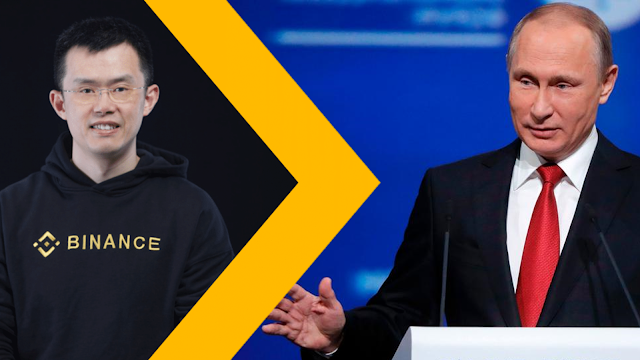 Changpeng Zhao, the CEO of the world’s largest crypto exchange Binance, announced on his Twitter account that Binance donated 10 million dollars and launched the “Ukraine Emergency Fund” in order to help the humanitarian crisis in Ukraine.

Global supports come from everywhere in order to support Ukraine since the Russian invasion. Cryptocurrency personalities have also brought theirs like Binance who has just donated 10 Million dollars in order to help the humanitarian crisis.

Millions of Bitcoin are pouring to Ukraine

On Saturday afternoon, the official Twitter account of the Ukraine government posted a message: “Stand with the people of Ukraine. Now accepting cryptocurrency donations. Bitcoin, Ethereum and USDT.”

Since then, millions of donation in cryptocurrency are pouring to the addresses owned by Ukraine; as they posted on twitter, they accepted Bitcoin, Ethereum and stablecoin USDT.

According to analysts, wallets collected 13.7Million dollars in Bitcoin, ETH and other coins. Researchers at Elliptic, a blockchain analysis company, say the Ukrainian government, NGOs and volunteer groups have raised the money by advertising their Bitcoin wallet addresses online.

More than 4,000 donations have also been received by Come Back Alive, a Ukrainian NGO which supports the military – as described in previous Elliptic research. On February 24th, the membership platform Patreon announced that it had suspended Come Back Alive’s page due to policy violations as a result of its military activity.

The Ukrainian Digital Ministry says the latest call for donations is to “help Ukraine armed forces”, but would not elaborate on how the money would be spent.

“Whereas some crowdfunding and payments companies have refused to allow donations to be made to groups supporting the Ukrainian military, cryptocurrencies have emerged as a powerful alternative.”

Cryptocurrency as the messiah in such a crisis

The war between Russia-Ukraine has plunged the value of cryptocurrencies and other commodities around the world. However, cryptoassets such as Bitcoin have emerged as an important alternative crowdfunding method. They allow quick, cross-border donations, which bypass financial institutions that might be blocking payments to these groups.

In such a situation where crypto are in need, personalities such as Cardano CEO has also shared his point of view. Charles Hoskinson, the CEO of IOHK and founder of Cardano expressed his support for Ukraine in a 17-minute live video. He said:

War is truly heart-wrenching, where peace and love are scattered. The country has been democratized since independence, but now the old situation is again as “Russia revisited the past and occupied Ukraine”.

He added that Ukraine has a good amount of population, with a fairly high density of IOHK employees and contractors working. Note, the company has employees in over 50 countries.

As it will be remembered, Sam Bankman Fried, the founder and CEO of crypto money exchange FTX, also announced that he distributed 25 dollars to users in Ukraine.

On February 26, it was the turn of  Binance CEO to express his help to Ukraine citizens. Zhao shared a tweet saying :

We just care about people.

In response to the Russia-Ukraine crisis, we are donating US$10 million to major Intergovernmental Organizations and NGOs to provide emergency assistance to refugees and children, and to provide logistical support for refugees, such as food, fuel and supplies.

Our focus is providing on-the-ground support. We just care about the people.

The donations will provide emergency relief to refugees and children to support logistics on the ground such as food, fuel and supplies for refugees in countries bordering with Ukraine and more.

Binance has also launched the Ukraine Emergency Relief Fund to provide emergency relief through crypto crowdfunding. Anyone interested in donating to the relief fund shall visit this official website.

According to the official post by Binance, $10 million USD donations will be given to major Intergovernmental Organizations and local NGOs.

Vitalik Buterin, the founder of Ethereum, one of the important names in the crypto money industry, also announced that he supported Ukraine by using the words “Victory for Ukraine” in his post on his twitter account.