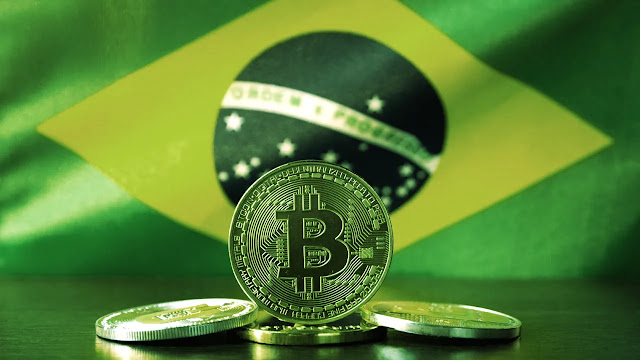 The top investment platform is Binance, a cryptocurrency exchange that allows trading in the local Brazilian currency.

According to a new survey by Comscore, titled “Financial Services Digital Landscape,” Brazilians are among the most connected Latinos. In the investment sector, Binance is the most searched site in Brazil, as well as in Argentina.

It all started in March

According to a press release issued this March 14, 2022, the cryptocurrency exchange platform Binance would have signed a Memorandum of Understanding (MoU) to acquire the brokerage called Sim;paul Investimentos.

Sim;paul is a traditional financial institution in Brazil. It already has certifications from the Brazilian Central Bank and the local Securities Commission (CVM). This makes it a prime target for Binance to strengthen its presence in the large South American country.

It must be said that the regulatory environment is likely to become pressing for Binance in Brazil. Indeed, since the end of 2021, the country was preparing a major new legislation to regulate crypto-assets and their related companies. Among other things, it is expected to require digital asset operators to have an appropriate license in order to conduct crypto-transactions.

At Binance, our goal is to grow the adoption of cryptos around the world in order to generate a positive impact for our users, the cryptosphere, and society at large. In a rapidly developing market like Brazil, crypto can transform and make people’s lives easier, and as such, we believe (…) that Binance has a lot to offer to the development of the [crypto] community and ecosystem in Brazil.

A shift in consumer habits

The study shows that access to internet banking has increased significantly in the region, indicating a growing demand for digital financial services. As a result, consumer habits for these products have changed significantly over the past two years, the U.S. intelligence firm found.

In Brazil, 77.3% of the connected population already uses online banking, showing a strong trend in the sector.

The group behind the crypto exchange Binance no longer hid its ambitions to become a multi-sector multinational.

But one wonders where Binance stands now that it’s July. About three years have passed since this desire to conquer Brazil, has the platform managed to make itself known in the fifth largest country on the planet.

Read also : Newbies : How to Create, Secure and Verify a Binance Account

Already a change of partners?

On Friday, June 17, 2022, Binance announced a change of partner to make payments in Brazil. Until then, the company has been working with Banco Capitual to make monetary deposits and withdrawals in the country.

Binance had only stated that the change of partners was taking place to offer a “better solution” to its customers.

Furthermore, Binance had specified that this operation would take place in parallel with the acquisition of the national broker Sim;paul – but had not indicated that this would be the new payment partner. In conclusion, the brokerage had emphasized the importance of the Brazilian public for its business and committed to expanding its services in the country.

A real success: Binance is the most searched site in the country

Comscore’s Financial Services Digital Landscape study shows that access to Internet banking has increased significantly in the region, reflecting a growing demand for digital financial services. As a result, consumption habits for these products have changed significantly over the past two years, the U.S. intelligence firm found.

In Brazil, 77.3% of the connected population already uses online banking, showing a strong trend in the sector.

Caixa, Nubank, Itaú, PicPay and Banco do Brasil are the references among digital banks and payment methods.

Brazil’s population is the largest in Latin America and the country seems to be leading the way in digital access initiatives, with local connectivity being one of the most widely covered.

According to Comscore, access to banks, fintechs and payment methods in Brazil is the highest in the region. The most prominent institutions in this sector are Caixa Econômica, Nubank, Itaú, PicPay and Banco do Brasil.

The preference for accessing these services is mobile, as 92% of the Brazilian population accesses financial services via mobile devices.

In general, despite the North American trend toward cross-platform digital consumption, consumption on mobile devices remains predominant in Latin American countries. In the region, Brazil is not only the country with the largest digital population, but it is also the one where consumers spend the most time connected to mobile: nine out of ten people who consume digital content do so via a cell phone, representing a 6% growth between January 2020 and January 2022.

To clarify: the preferred site for investments

According to the survey conducted by Comscore (NASDAQ: SCOR), Brazil is the site with the most investors in the region, isolated in recent months. And the top investment platform is Binance, a cryptocurrency exchange that allows trading in the local Brazilian currency.