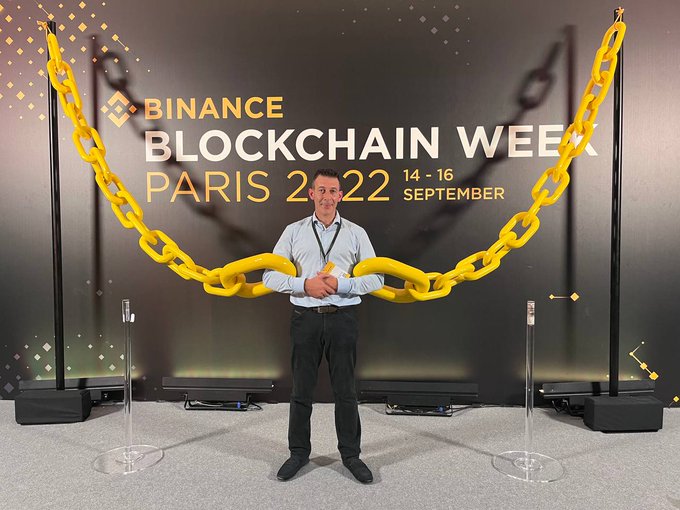 At the launch of Binance Blockchain Week Paris 2022, which is being held in Paris from September 14 to 16, the CEO of crypto exchange Binance, Changpeng Zhao aka “CZ”, revealed that the crypto exchange platform already employs 150 people in Paris and plans to hire 200 more by the end of 2022.

Last June, Changpeng Zhao had stated that the current crypto bear market is the best time to recruit while many struggling competitors such as Coinbase, Bybit, Gemini, or Bitpanda, have been forced to lay off people en masse.

Accompanied by the French Minister of Technology and Telecommunications, Jean-Noël Barrot, the CEO of Binance praised France as a country with a lot of talent to recruit.

“France is a welcoming place for crypto,” says CZ, who believes that France, and Paris for that matter, is already a leading crypto hub in the world.

For the CEO of Binance, France is an important financial center on par with New York and London.

This Wednesday, Chainalysis unveiled the third edition of its index, which ranks the world’s countries according to their level of crypto-adoption.

Vietnam opens the Global Crypto Adoption Index for the second year in a row, followed by the Philippines and Ukraine. Next up are India and the United States in 4th and 5th place.

Global crypto adoption is slowing worldwide in a bear market, but remains above pre-bull market levels. A trend we noted last year has only become more pronounced this year: emerging markets are dominating the index,” comments Chainalysis.

We find France in 32nd place in the ranking. This is however a little better than in the previous edition (34th). Earlier this year, a study, conducted by KPMG and IPSOS, indicated that 8% of French people had already invested in digital assets like Bitcoin.

During Blckchain Week, CZ Binance also mentioned the MICA regulation project, which he considers very good but a bit too strict regarding stablecoins.
Binance just happens to have its own stablecoin Binance USD (BUSD) that it is working to advance within a stablecoin market dominated by the giant Tether (USDT).