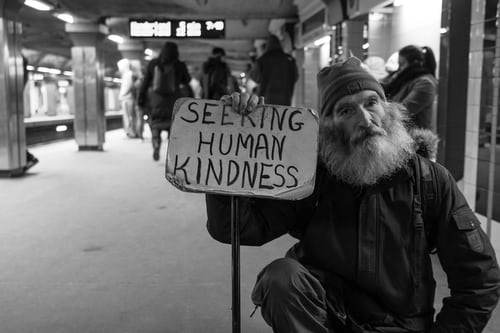 A homeless man living in Rochester, a small city in the northeastern United States, has become rich thanks to Bitcoin.

Matthew Dehean, 39 years old, was a homeless man for about twenty years. In 2011, an association helping the homeless gave him a smartphone. A few months later, he discovered cryptocurrencies by reading the news on his smartphone. He buys his first Bitcoin thanks to the website LocalBitcoins.

localBitcoins is a site that allows people to buy and sell Bitcoins between individuals.  He still remembers: “I bought $10 worth of Bitcoins from a guy in Minnesota over the Internet. A few days after his purchase, the price of Bitcoin tripled. It was a revelation for this homeless man. He set himself a challenge: to invest $5 in Bitcoin every day. From 2012 to 2016, he bought “about $100 or $150, even $250 in some months” worth of Bitcoins each month.

I was afraid to throw my money away.

I was afraid to throw my money away, but I didn’t have a bank account and I wanted to save the money I received when I did odd jobs or the money I was given.

I was living in my Ford van and working all over the country, moving to wherever there was work, it was a really hard time. As I look back on it, it’s part of my story, it’s what helped me build my character and succeed where everyone else saw me fail.

He has become a real stock trader.

He admits that he now owns no less than 85 Bitcoins. What we can say is that this former homeless man had a nose for it, he started buying Bitcoin when it was only worth $10! Matthew Dehean no longer lives in his van, but in a house in his hometown of Rochester. He continues to believe in Bitcoin and the temporary decline of Bitcoin doesn’t scare him, “I’ve seen it go down and up, but in the end it always went up. However, he moderates his words by saying that the crypto-currency market has changed profoundly and that you can no longer buy just any shitcoin like in the past.

It is clear that the cryptocurrency market has new fundamentals to watch”. He gives two pieces of advice to beginners:

Make up your own mind about the cryptocurrencies you select

Get started and dare

He has become a real stock marketer. His new project is to help the homeless.